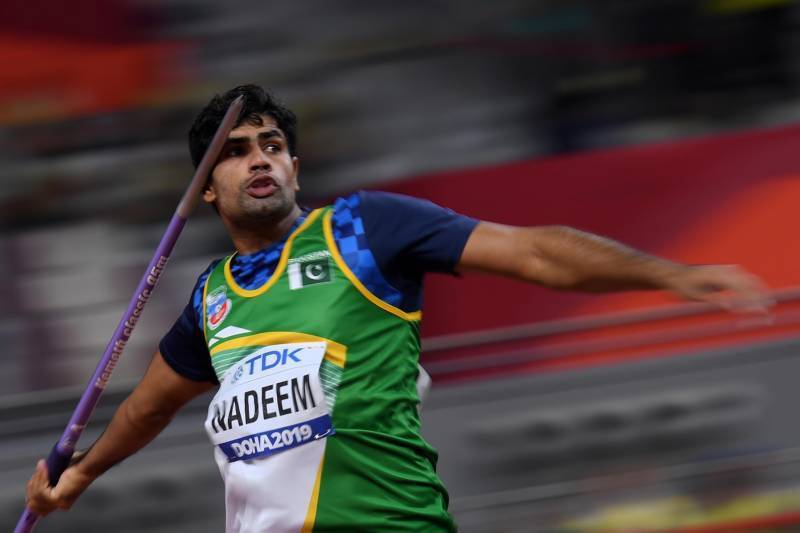 LAHORE – Pakistani star Olympian Arshad Nadeem has qualified for the final round of javelin throw competition at the Commonwealth Games 2022 being held in Birmingham.

The 25-year-old made direct entry to the finale as qualifier rounds were not held by the organisers due to low entries for the game.

Arshad Nadeem will play the final round on August 7.

Last week, the athlete reached the UK to participate in the international games. Expressing his view, he said that after one year of injury, he made a comeback in the World Athletics Championship held in America, and finished at the fifth spot after recording 86.16 meters throw. He further said that he is satisfied with his performance in the World Championship and has made full preparations for the Commonwealth Games.

ISLAMABAD – Pakistani star Olympian Arshad Nadeem on Sunday once again missed a medal as he finished fifth in ...