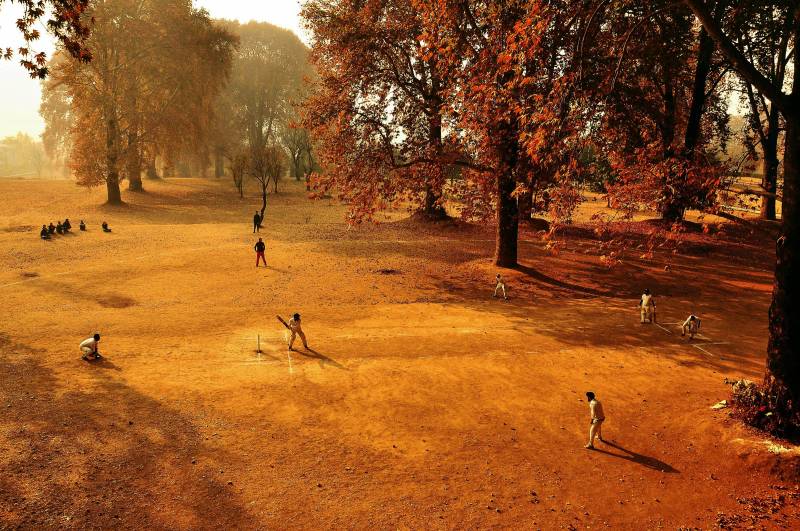 MELBOURNE - A Kashmiri photographer has won the prestigious Wisden-MCC Cricket Photograph of the Year Competition Award 2016, the Marylebone Cricket Club announced on Wednesday.

"Saqib’s picture was absolutely breath-taking and a very worthy winner,” Chris Smith, the chairman of the judging panel, was quoted by cricket.com.au as saying.

Here are the top pictures from different photographers from all over the world.

Kashmiri boys play cricket under autumn shades in Nishat Bagh gardens on the outskirts of Srinagar in Indian-occupied Kashmir.

Virat Kohli warms his hands as he walks past the flames at the MCG during the second Australia v India T20 in January 2016.

Shakib Al Hasan bats on the second day of the first Test between Bangladesh and England in Chittagong in October, 2016.

Sydney Thunder's Pat Cummins fails to hold on to a catch to dismiss Moises Henriques during BBL|05 at Spotless Stadium.

Children play cricket on a road in Sirajganj, Bangladesh.

Boys playing cricket on the terrace of a building as traffic passes below in India.

Jos Buttler and Joe Root dive for a catch during the 5th ODI between England and Sri Lanka in Cardiff in July 2016.

A young girl in a remote West Bengal village keeps the ball bouncing on her bat after challenged by her friends.