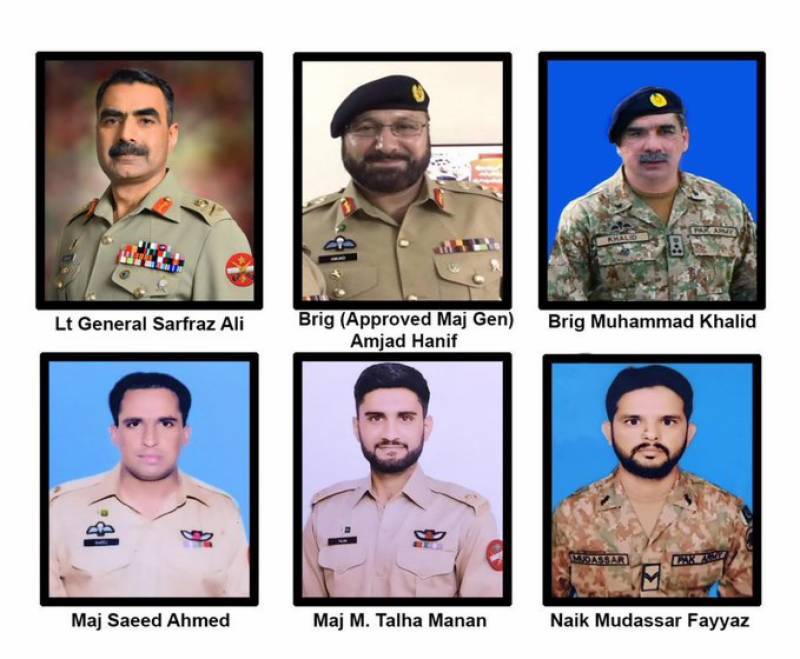 KARACHI – Funeral prayers of six Pakistan Army officers, who martyred in a helicopter crash in Balochistan this week, were offered on Wednesday.

The funeral prayers were offered at the Malir Garrison in the port city and attended by senior civil and military leaders.

The bodies of martyred officers have been sent to their hometowns for burial.

In a tweet, the military’s media wing confirmed that wreckage of unfortunate helicopter which was on flood relief operations found in Musa Goth, Windar, Lasbela.

“Accident occurred due to bad weather as per initial investigations.”

The helicopter was on a flood relief operation in Lasbela, Balochistan when it lost contact with air traffic control (ATC).