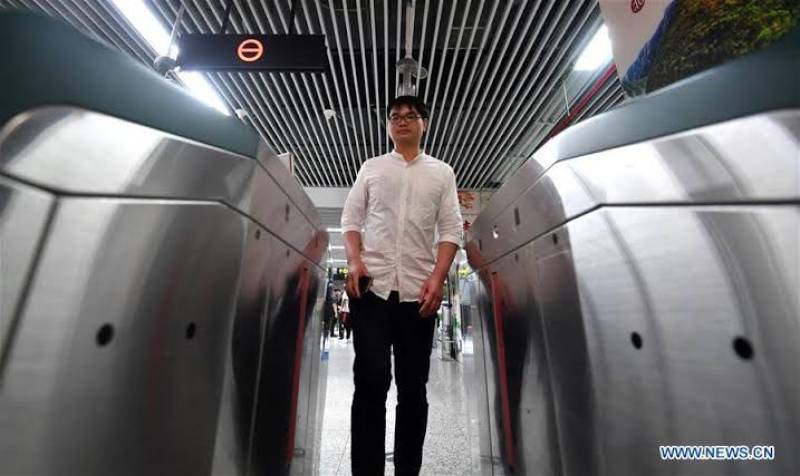 ZHENGZHOU – Zhengzhou, capital of central China's Henan Province, has become the nation's first to apply facial recognition technology at all its metro stations, according to Zhengzhou Metro.

Instead of using a metro card or scanning a QR code on mobile phones, commuters in Zhengzhou can have their face scanned and the fare automatically deducted from a registered account starting from December 3.

In September, Zhengzhou began providing face-scanning check-in service along the entire Metro Line 1 and the first section of Line 14 to give passengers a better experience of quick pass access.

Now the service has been expanded to cover all metro lines.

By logging into Zhengzhou Metro's official APP and follow instructions to complete the face authentication, commuters can scan their faces to enter the subway and the fare will be automatically deducted via a pre-set payment method.

Zhengzhou, capital of C China's Henan, has become the nation's first to apply facial recognition technology at all its metro stations, Zhengzhou Metro said on Tue. An average 10,000 commuters will pay metro fares by scanning their faces every day. pic.twitter.com/HGtWVAy3Qn

Now nearly 200,000 passengers have embraced the technology in Zhengzhou, and an average 10,000 commuters are paying metro fares by scanning their faces every day.

A number of Chinese cities, including Shenzhen, Jinan, Shanghai and Nanjing have used facial recognition technology on some of their metro lines.