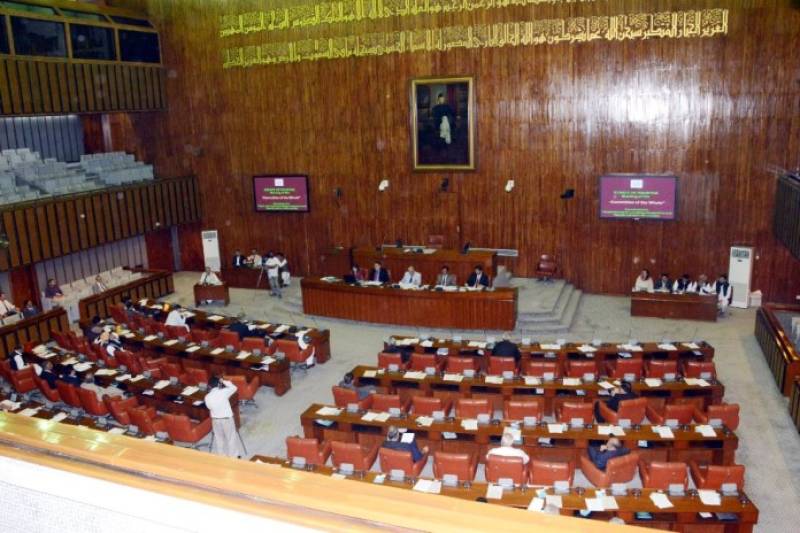 ISLAMABAD - Senate Standing Committee on Information and Broadcasting on Monday asked media houses to pay at least two-month outstanding salaries to their respective workers forthwith and directed Security and Exchange Commission of Pakistan (SECP) to submit details of the financial health of the (defaulting) media channels.

The Committee was unanimous of the view that Pakistan Electronic Media Regulatory Authority (PEMRA) should be strengthened by amending its existing laws as currently, PEMRA did not have the mandate to take action against media house on non-payment of salaries.

Media should be declared industry for protecting the rights of its workers. Faisal Javed directed the Ministry of Information and Broadcasting to revise its advertisement policy. The ministry should launch an extensive advertisement campaign on enhancing awareness regarding pressing issues.

SECP should submit details about the media houses’ expenses and expenditures and how many channels were running in losses.

He said the law should have been made for compelling media houses to pay salaries to their workers. Secretary Ministry of Information and Broadcasting Akbar Hussain Durrani said media houses should establish an endowment fund for paying salaries of their workers during financial crunch time. No media house like to ink an agreement with a worker while giving him a job.

Media houses should have a written agreement while giving anyone a job.

The media house should also be registered in SECP.

A representative of Securities and Exchange Commission of Pakistan (SECP) briefing the committee said the Commission registered media companies and did not have mandated to address salary issues adding any company having over Rs 10 million assets bounded to file tax returns.

The SECP could not take action against a media house on non-payment of salaries, he added.

The representative of APNS, Mehtab Ahmed Khan said non-payment of salary was their internal issue.

Shakil Masood, a representative of PBA said private advertisements were reduced by 33 percent. The government should clear PBA and APNS members’ dues to enable them to pay salaries of its workers, he added.

President Parliamentary Reporters Association Behzad Saleemi said the salaries of workers had been reduced from 20 to 40 percent. A cameraman Fiyaz Ali had recently died due to stress of non-payment of salary, he pointed out.