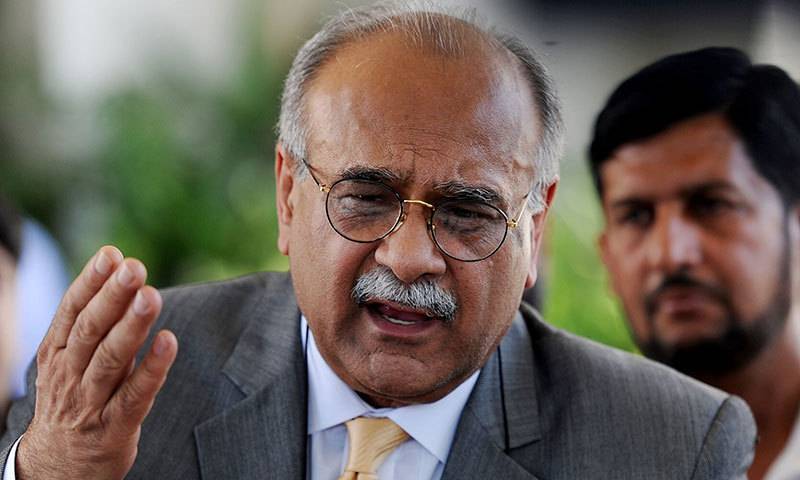 LAHORE - Chairman, Pakistan Cricket Board’s Executive Committee, Najam Sethi said on Tuesday that the final of the Pakistan Super League will be held in Lahore as government was fully supporting PCB for this event.

“Lahore is safe venue for such an elite final and I can say one hundred percent surety that the final will take place at Gadaffi stadium and we have all the much-needed backing and support of the Government in this regard,” he said.

Najam Sathi was hopeful that the chaos arisen in the Indian Cricket Board after sacking of its top officials will soon end and the new management of the Indian board will show responsibility and commitment to play cricket with Pakistan on bilateral basis.

“Through letters we have tried to make the Indian cricket authorities understand not to mix politics in cricket and to fulfill its international obligations to play cricket with Pakistan,” he said.

The PCB official said that Australia has the added advantages of home conditions and crowd.

“The conditions in Australia are quite different than United Arab Emirates where we will playing our most of cricket and that is why our team has failed to perform to a required standard,” he added.

Sethi said that PCB was making efforts to invite curators from Australia, South Africa, England and New Zealand to train our own curators to equip them with the modern knowledge of wicket making.

Answering a question, he said, the PCB has approved a grant of Rs 70 million for the betterment and promotion of club cricket and through this grant cricket activities will be generated to engage around forty thousand young cricketers to cricket.

“It is very good plan which will bring positive impact in the game at grassroots level in three years time,” he added.