US presses Pakistan-India for resolution of water tussle 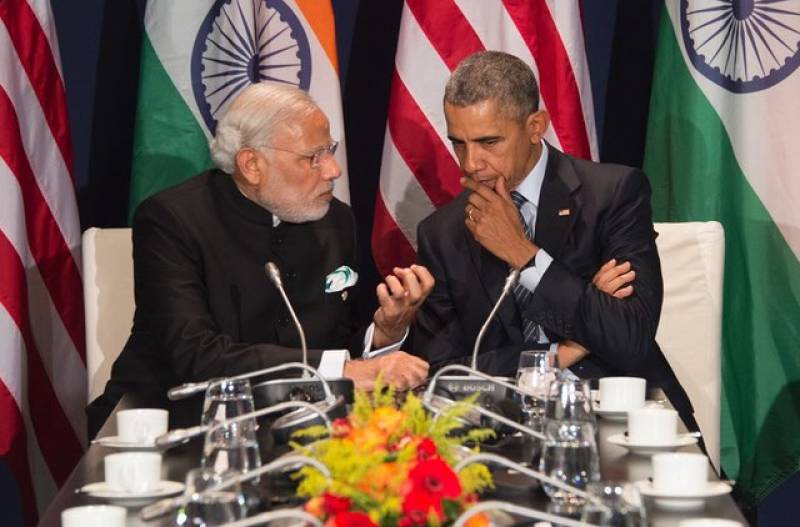 ISLAMABAD - The US administration has initiated the process for resolution of the current water dispute between India and Pakistan without any formal invitation from any of the countries.

The latest dispute between two nuclear-armed neighbours erupted regarding two hydroelectric power plants Kishanganga and Ratle, that India is building on the Indus rivers system. Pakistan expressed concerns fearing that the construction is in flagrant contradiction to the Indus Waters Treaty inked in 1960.

Earlier this week, US Secretary of State John Kerry made a telephone call to Finance Minister Ishaq Dar and discussed with him different options for settlement of the dispute. After the call, US Ambassador to Pakistan David Hale also called on Mr Dar in Islamabad for further talks.

Reportedly, by digging canals along western rivers, Pakistan would face severe shortage of water although under IWT most of the water is allotted to Pakistan.

Moreover, it was also observed that India wanted to maximise use of water from Indus, Chenab and Jhelum rivers.

In a blunt outburst against Pakistan in November, Indian Prime Minister Narendra Modi said that water which belonged to India could not be allowed into Pakistan.

#WATCH Have formed task force to ensure fields of farmers have adequate water. Water that belongs to India can't be allowed to go to Pak: PM pic.twitter.com/RpKSALggV5

The Indus Water Treaty signed in 1960 deals with water distribution and sharing of the six rivers of the Indus basin, of which the three eastern rivers Beas, Sutlej, Ravi were allocated to India and the three western rivers Jhelum, Chenab and Indus to Pakistan.

The World Bank had brokered the agreement and have a role in dispute resolution. It was also responsible for the provision of funds to both countries that would allow them to construct several dams and canals to fulfil their needs.

Earlier, World Bank suspended its role of arbitration to resolve the Indus Water Treaty issues between Pakistan and India over the matter of two dam projects being constructed by India to give both countries a chance to seek an alternate solution.