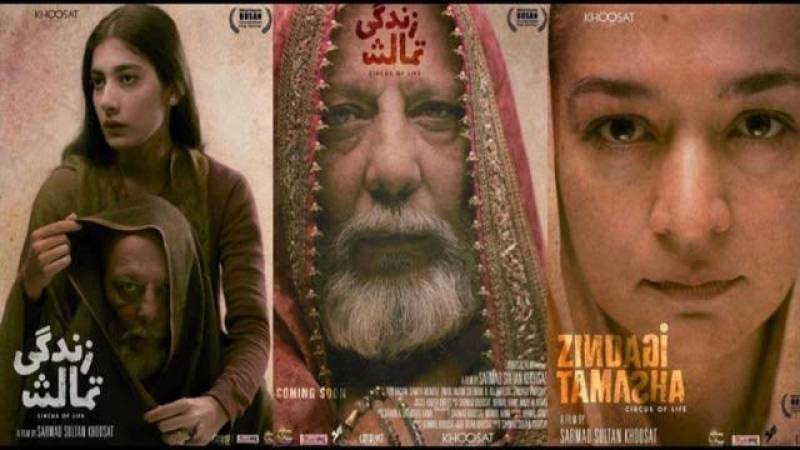 It was speculated that the trailer was removed because of the subject matter of the film. However, the trailer can only be removed by YouTube or by the producers.

The director, Sarmad Khoosat recently went live on his socials to clarify the entire controversy revolving around his upcoming film Zindagi Tamasha.

"Be tolerant, Allah will be tolerant with you" - Hazrat Muhammad (PBUH), source: Musnad Ahmad. On 24 January 2020, I'm bringing to theatres across Pakistan, a piece of my heart, Zindagi Tamasha, a film by Khoosat Films (distributed by IMGC Distribution Club). A story of tolerance, forbearance and compassion, made only with a lot of love and solicitude over the past one year. Thank you for all the feedback since the initial release of the trailer in September 2019. Film is a complex medium, and one for the masses, hence keeping in consideration as many opinions and sensibilities as possible, and maintaining respect for public/state institutions, I'm most happy to present on the screens a version cleared by all 3 censor boards of Pakistan- federal, Punjab and Sindh (&Balochistan), after a review and a re-review. I request all of you to please watch Zindagi Tamasha in cinemas and to let it speak to you as you please. This is a film about all of us, for all of us. #zindagitamasha @khoosatfilmsofficial

Clearing the air, Sarmad shared, "Khoosat Films took down the trailer from YouTube themselves. A trailer is just a tiny part of the entire film, there's no context so a few people had some issues regarding the content of that clip and we took that into account. After minor tweaks, we'll reupload it soon enough."

The filmmaker also announced that the movie will be released on 24 January, 2020.

In October, Zindagi Tamasha created a major buzz when it won big at the prestigious Busan International Film Festival in South Korea. Khoosat’s directorial also won The Kim Ji-Seok Award, named after the festival’s co-founder and executive programmer who died in 2017.

Zindagi Tamasha has been directed and co-produced by Sarmad, along with his sister, Kanwal Khoosat and. Scripted by Nirmal Bano, the bilingual film has mostly shot in Punjabi.