Jami names the man who raped him 13 years ago 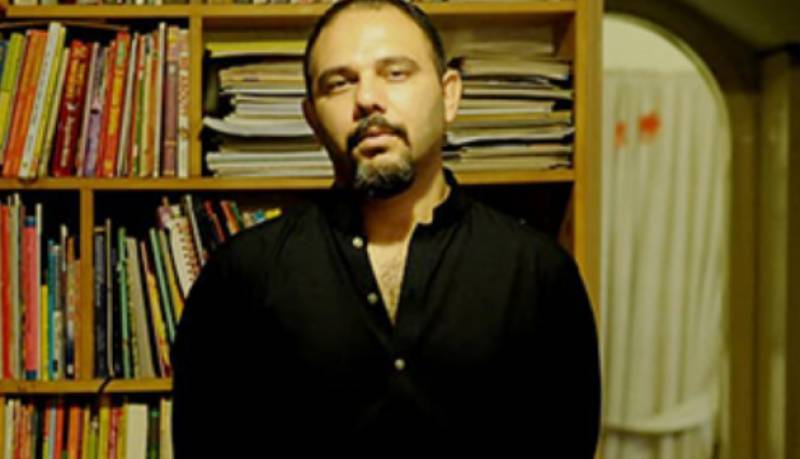 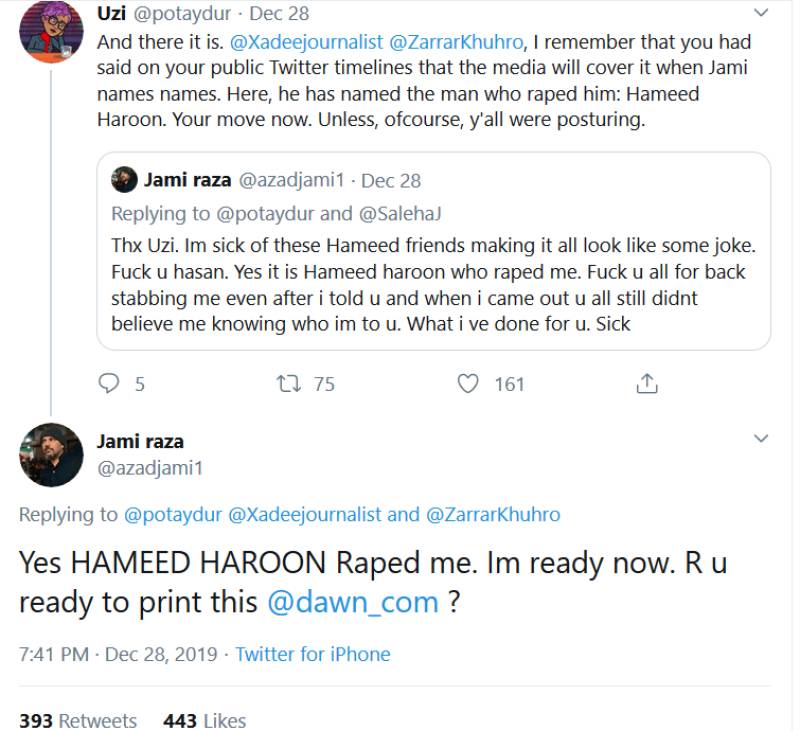 KARACHI - Pakistani filmmaker Jamshed Mehmood, popularly known as Jami, A few days earlier in a tweet, Jami has revealed the name of the person who raped him 13 years ago. Now he says that journalists demand proof of rape allegation to print his story.

He also alleges that even after he named the person no one from the media dared to pick his story.

“I’m sick of these Hameed friends making it all look like some joke. Fuck u, Hasan. Yes, it is Hameed Haroon who raped me. Fuck u all for backstabbing me even after I told u and when I came out u all still didn’t believe me knowing who I m to u. What I ‘ve done for u. Sick”, he said replying to a tweet.

Since few months, Jami has been quite vocal about the #MeToo campaign with reference to Pakistan. He says earlier he was not ready to open up as it took him 13 years to be vocal about.

This time he took to social media revealing that he has been asked to provide proof of his rape allegation by a journalist in order to print his story in a particular publication.

Jami in his tweet wrote, “First it was if u Name him then we will Print. Now If u prove it then we will Print. I’m told younger ones r fighting for truth but the older journalist lot won’t let it print. They r part of the game. Yes, now u know u all r way worst than the agencies. Live with it Hasan”.

Let's have a look at some of the reactions to Jami's bold post:

Soo proud of never having followed even one of these Dawn journos. I could always see through the hypocrisy & fakeness in their views..

I am in no way in a position to help you out. But at least I can give you my Twitter support by liking and retweeting it.

Stay strong bro! We are with you#WeAreWithJami

Sending prayers your way. May you get justice soon

Screw them. They aren't worth a second thought. What matters is your courage to name the culprit. This will give strength to other victims.

People asking for proof know at the back of their minds that sexual assault usually leaves no evidence (it does but due to the psychological aspect of the crime, it's rarely reported immediately). These people have usually historically sided with oppressors and the powerful.

The silence of these two has been so disappointing. How do u believe them anymore