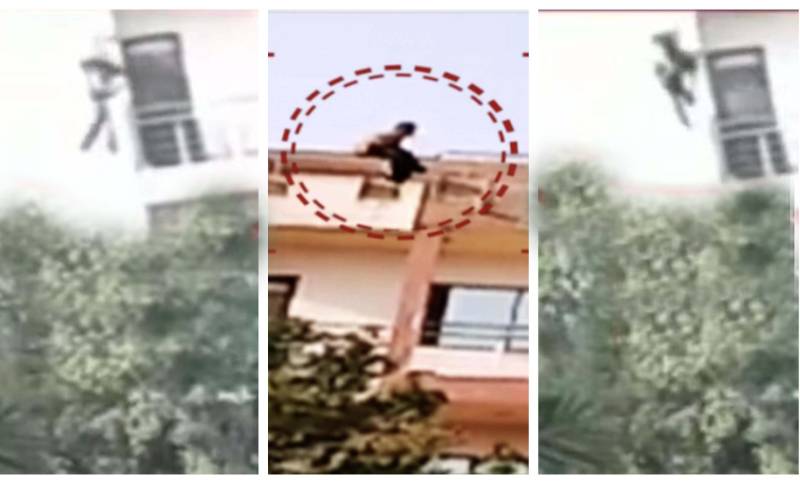 KARACHI – A woman jumped off from a four-storey building along with her two-year-old daughter in Gulshan Iqbal Karachi on Saturday.

The video of the incident went viral on social media in which a woman threw her minor girl before attempting suicide.

Local residents covered the ground with covers of vehicles in a bid to stop the woman.

The woman and her girl both sustained injuries and were being treated at a hospital.

According to the police, the woman is identified as Maryam and she is a drug addict and her husband divorced her. The parents of the drug addict woman had locked her in a room.