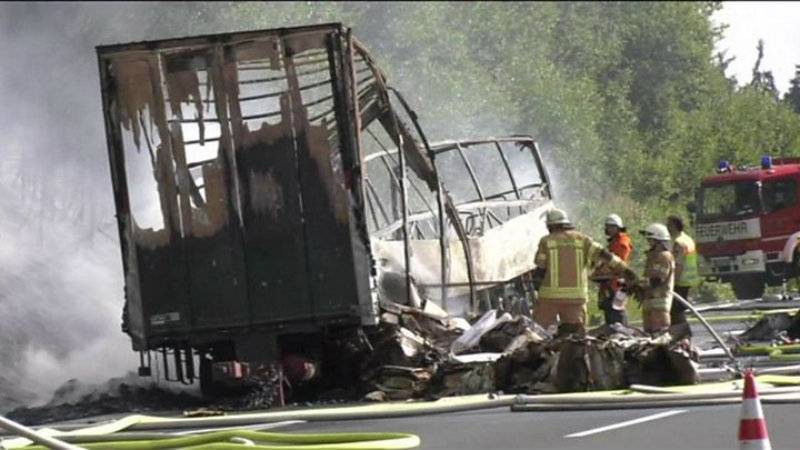 BERLIN - Eighteen people were killed and at least 30 injured after a coach carrying dozens of tourists went up in flames after a devastating motorway crash in Germany.

Thirty people escaped the fire, some critically injured. But 18 people went missing and feared dead after flames engulfed the tour bus that crashed on the A9 motorway in southern Germany.

A fire service spokesman said it was unlikely that any of the 18 missing could have survived. Police say the tourists were Germans from Saxony. 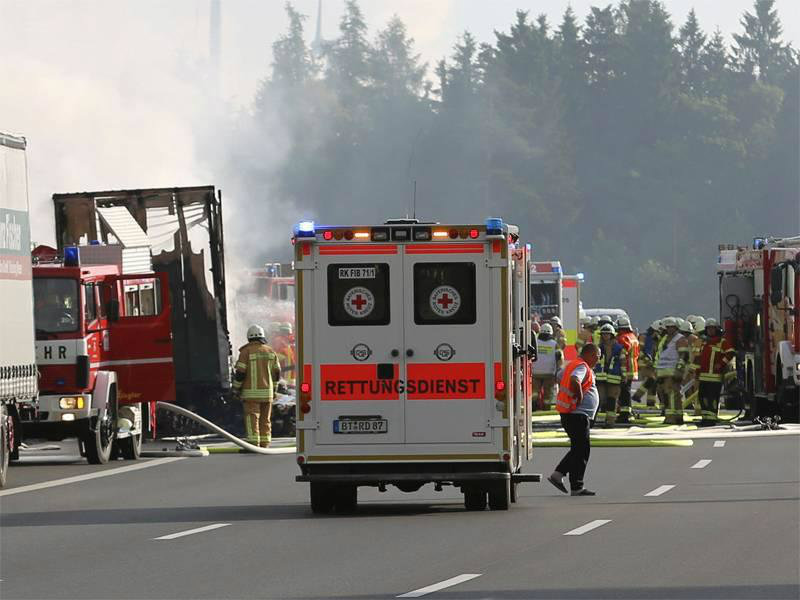 The A9 motorway was blocked, Daily Star reported.

There were 46 passengers and two drivers on the bus, which was burning fiercely when firefighters arrived at the scene. 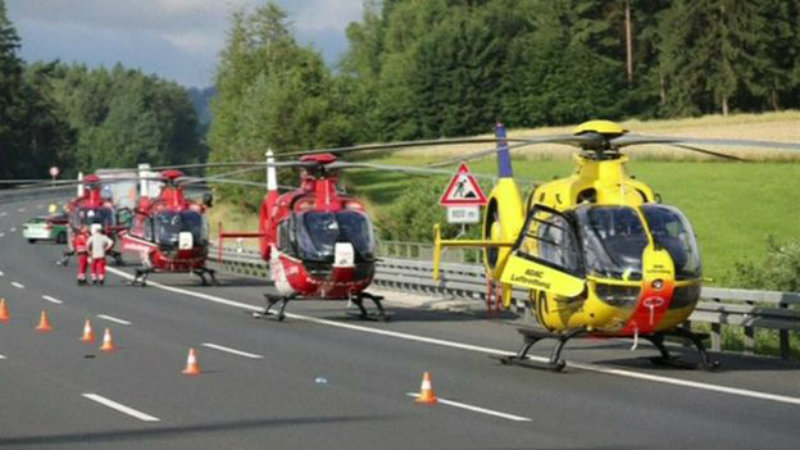 It is not yet clear what caused the collision. Traffic was reportedly moving slowly at the time.

A police spokesman in Bayreuth said: "We have to assume that it was a very serious traffic accident.

“The fate of the other passengers is currently the subject of police action on the ground.”