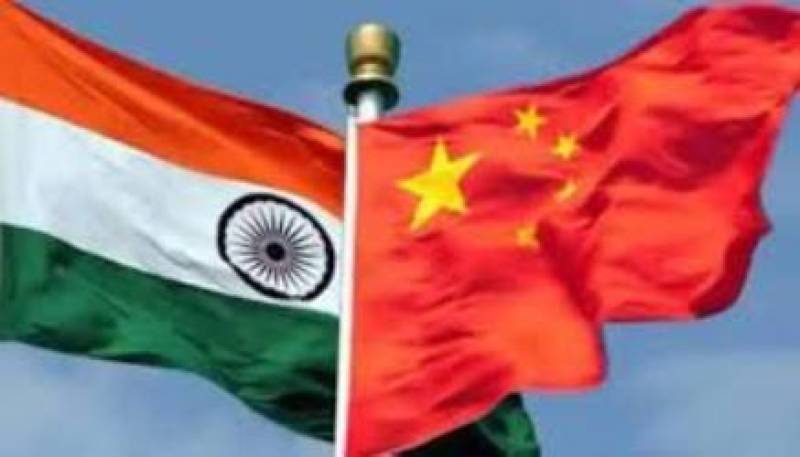 BEIJING - While reacting to Indian Prime Minister Narendra Modi’s surprise visit to a military base at Nimoo in Ladakh in the northern frontier region, a Chinese Foreign Ministry’s Spokesperson said on Friday that both sides should not take any actions that could further complicate the situation.

“Now, India and China are in communication and negotiation on lowering the temperature through military and diplomatic channels. So, no party should engage in any action that may escalate the tension at this point,” Zhao Lijian said during his regular briefing in response to a question regarding Indian PM Modi's visit to the border area.

The Indian prime minister made an unannounced visit Friday to a military base in remote Ladakh region bordering China where the soldiers of the two countries have been facing off for nearly two months.

Modi’s visit comes in the backdrop of massive Indian army build-up in Ladakh region following hand-to-hand combat between Indian and Chinese soldiers on June 15 that left 20 Indian soldiers dead and dozens injured, the worst military confrontation in over four decades between the Asian neighbours.

Responding to a question about Indian Transport Minister’s statement regarding a ban on the Chinese companies building the road in India, he said that certain politicians in India had been issuing remarks that were detrimental to bilateral relations between the two countries recently.

The spokesperson said, artificial blocks to bilateral cooperation would harm India’s interests and that the two countries should work together to uphold peace in their border region.

Beijing will take necessary measures to uphold the rights of Chinese businesses in India, he added.

Asked if India’s economic measures are justified, Zhao said China hopes both countries could meet each other half-way and try to resolve the tension through diplomatic and military negotiations and ensure the peace and stability in the region.

As two major developing countries, economic development and national rejuvenation were shared mission for both sides. Therefore mutual respect and support is the right thing to do and also fit into long-term interests of both countries.

The Indian side must not misjudge the current situation, and China hopes to work with India to maintain the overall peace and stability, he added.

According to media reports, Indian Defence Minister Rajnath Singh was initially scheduled to visit Ladakh today along with the Army Chief, but his visit was deferred on Thursday.

The situation turned deadly on June 15 on China-India border when the rival soldiers engaged in a nightly medieval clash in Galwan Valley, where India is building a strategic road connecting the region to an airstrip close to China.

According to Indian officials, Chinese troops atop a ridge at the mouth of the narrow valley threw stones, punched and pushed Indian soldiers down a ridge at around 4,500 meters (15,000 feet.)

Since the confrontation, India has sent huge reinforcements of soldiers, military equipment and fighter jets into the already highly militarized region.

The disputed border covers nearly 3,500 kilometres (2,175 miles) of the frontier that the two countries call the Line of Actual Control and that stretches from Ladakh in the north to the Indian state of Sikkim in the northeast.

India and China fought a border war in 1962 that also spilt into Ladakh. The two countries have been trying to settle their border dispute since the early 1990s without success.

Since then, soldiers from the two sides have frequently faced off along the contested frontier.

Several rounds of military and diplomatic talks to end the current crisis in Ladakh have been unsuccessful.