'No holy cows in any department': Federal cabinet stands ground on references against judges 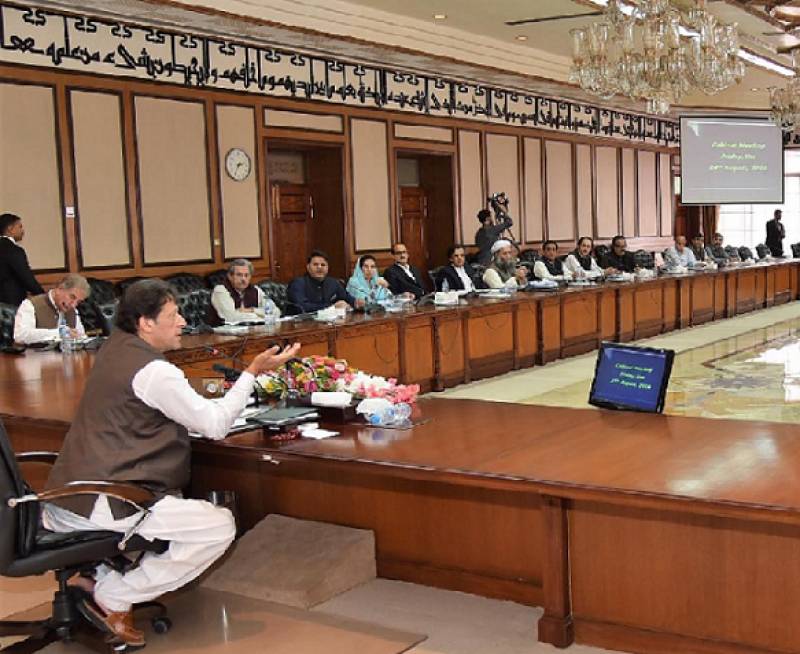 ISLAMABAD - The federal cabinet met under the chair of Prime Minister Imran Khan on Monday and affirmed that "there are no holy cows in any department" regarding the recently filed references against judges of the superior judiciary.

The cabinet members dismissed the criticism directed at the government over the filing of references in the Supreme Judicial Council (SJC), stressing that the government will continue to pursue uniform justice for all.

Special Assistant to Prime Minister (SAPM) on Information and Broadcasting, Dr Firdous Ashiq Awan addressed a post-cabinet meeting news conference and said the law minister briefed the cabinet at length regarding the complaints forwarded to the SJC against the judges quoting the premier Imran Khan as saying that "no one is above the law".

She said the ruling PTI had swept to power with a mandate of ensuring uniform justice in the country, enchanting the slogan of "one, not two Pakistans".

ISLAMABAD – The country's law ministry has clarified that Assets Recovery Unit of Prime Minister's Office had ...

The minister stressed that the government was talking about the rule of law and whenever it thinks a citizen conducts an activity outside the ambit of the law and Constitution, then the law will come into force and there will be no compromise on that irrespective of the department.

"It cannot happen that Imran Khan, while comprising on his political interests, becomes a part of the status quo and shuts his eyes to what is happening in order to fend off problems," she vowed.

The SAPM recalled the chain of events behind the filing of the references, saying the Assets Recovery Unit (ARU) of the Prime Minister’s Office had forwarded the complaints it received to the law ministry after verification and counter-verification.

The SJC - the apex body which oversees the conduct of judges of the superior judiciary -  had last week issued a notice to the federal government through the attorney general regarding references filed against Justice Qazi Faez Isa and Justice Karim Khan Agha for hearing on June 14.

The references accuse the two judges of concealing their assets and recommend action against them under Article 209 of the Constitution.

The Supreme Court Bar Association (SCBA) has demanded the impeachment of President Arif Alvi for forwarding the references, throwing weight behind the judges.

The lawyers’ representative bodies across the country have convened their meetings after Eid to chalk out future strategy as most of the bodies and opposition parties have criticised the government’s move.

The opposition-dominated Senate had last week adopted a resolution demanding the withdrawal of references filed against the two judges.