A vivacious imagined community imprisoned in vicious circle of ideologies 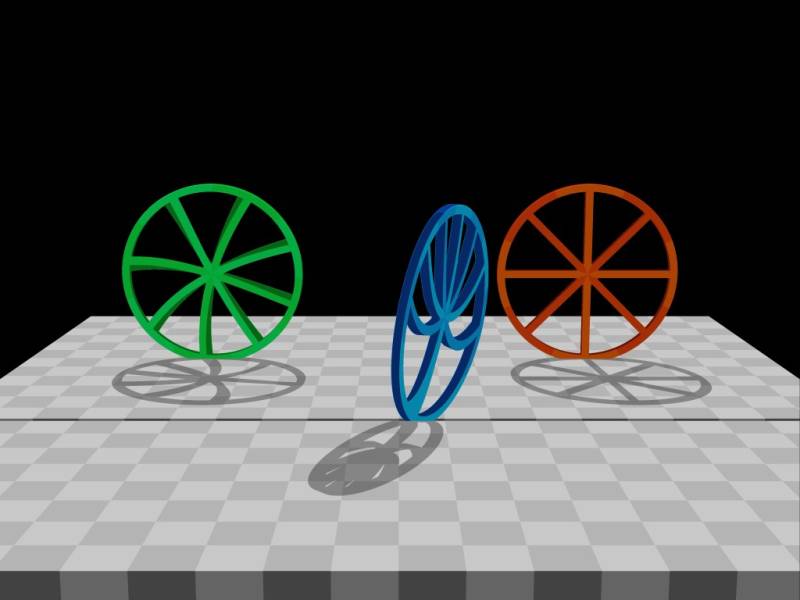 Anderson(1983) used a novel term for the nations in his imagined Community. He defines a nation, ‘An imagined political community and imagined as both inherently limited and sovereign. It is imagined because the members of even the smallest nation will never know most of their fellow members, meet them, or even hear of them, yet in the minds of each lives the image of their communion… (Anderson, 1983,p.6). Although there are threats of its extreme concepts such as hegemony, chauvinism or xenophobia on the one hand, and on the other, it is mostly steered by nation’s elite and corrupt system imported from the departed imperialistic ancestors, yet it is the most famous unit of present era for the people to feel oneness with each other.

This maladjustment of this community is pointed out by Anderson as,… ‘it is imagined as a community, because, regardless of the actual inequality and exploitation that may prevail in each, the nation is always conceived as a deep, horizontal comradeship’(Anderson, 1983,p.7). The concept of this community is very cozy and marked by an unseen sense of affiliation with each other among the members of the community at large. As Spencer(2002) defines it, ‘a world dominated by face to face interactions, where kin and neighbors supply mutual support’(p.38).

If the nations are only myths and imagined communities, the question arises where to go? Where to stand?. Transnationalism, diaspora, and Immigration are stunned and on the back foot after 9/11 and to be proved as those tilts where no one can stand firmly. No doubt nationalism is bitter in itself and becomes chauvinism and can destroy the peace of the world but these imagined communities are the safest nests for the masses which offer them boundaries, basic rights, and above all identity in this era.

Among many more, our imagined community has its own unique, collective temperament. Instead of many contradictions and exceptions, it is observed that as a nation we are more hearts fewer heads; emotional, warm-hearted, and less speculative. Our nation has a great capacity to bear turmoil, natural disasters, or national crisis as the grind of poverty and disease had increased our collective immunity system.

Besides, it is rich with generosity, empathy, giving hand to others in a critical time. Our nation is in love to follow their traditions to the extent that it doesn’t bother any inquiry or research and follow their forefathers who themselves had followed their own at their turn. Our is the nation that is tangled in the web of ideologies which plays the role of opium for its consciousness and leads it towards false consciousness, a term used by Friedrich Engels in 1893. That’s an imaginary paradise of our nation to dwell in and it is trapped in this vicious circle since the beginning.

False consciousness is triggered by ideology, ‘ which is a collective delusion, a misrepresentation of the world to us, and our imaginary relationship of the conditions we have. It is a distorted view of our own true conditions. It distorts reality in one way or another and falsely presents as natural and harmonious what is artificial and contradictory’(Bertens, 2001).

Our nation, specifically powerless, poor, immobile sector rears its false consciousness unknowingly, and interestingly it is in great favor of native comprador, elite and governing class. For example, after facing more than worst, they take refuge in religion which itself is an organized state agency to comfort affectees with the delusion that it's their lot. All protest against cruelties will be in the vain, real picture of any injustice can be blurred with the help of rigidly constructed ideologies of ‘lot’. Whether it is Zainab case or Sahiwal incident, plane crash or factory set ablaze incident, all sobs, cries over the irredeemable loss get solace in the lap of ‘our lot’.

If nationhood is the only available and safest place for the people, they have to get rid of their ideologies. ‘All that happens happens for good’, is another delusion, false consciousness, and an ideology which is very favorable to our nation. People lost their families in train accidents, the flood comes and ruins even the dreams of the masses, earthquakes swallow precious lives, people mourn and whisper ‘all that happens, happens for good’, It's our lot and nothing. Away from them, the politician of their constituency is well protected by the shield of this ideology, not questioned for anything, for human responsibility or his fabulous claims for a prosperous and secure future of his people.

Althusser(1971) defines it as a state which ‘distorts our view of our own true conditions of existence’. Our imagined community lives in this false consciousness that everything which comes to us, every relation and dealing of the outside society as well as state institutes, including organized religion, the political system, law, health, education, social welfare, security in whatever condition or quality we are having is natural to us. This delusion teaches them to compromise on a low standard of life and becomes a hurdle in a positive effort to achieve even those opportunities which they deserve.

To sum up, the most suitable grouping of the world in this present scenario is imagined communities or nation-ness. This is the suitable and available platform for the people to flourish, develop, and exist socio-politically as well on the map of the world because national narratives are more popular and acceptable than any other group narratives. To rise and to get sustainable prosperity, it is indispensable to wreck the rigid walls of false consciousness which have been built around the collective consciousness of our imagined community.

We have to become more inquisitive, socially aware of our duties as well as rights. We would be admitted as a strong nation when we would be able to see beyond our constructed ideologies, otherwise, this vicious circle of ideologies is always in favor of that smart sector of a nation which is actually responsible for the welfare of its people and accountable for any misfortune which befalls on them but accustomed to getting the advantage of these rigid, constructed ideologies since many decades.

The writer is working as a lecturer in English at Govt Postgraduate College for women Sahiwal.