Remdesivir has shown promising results in the treatment of coronavirus patients 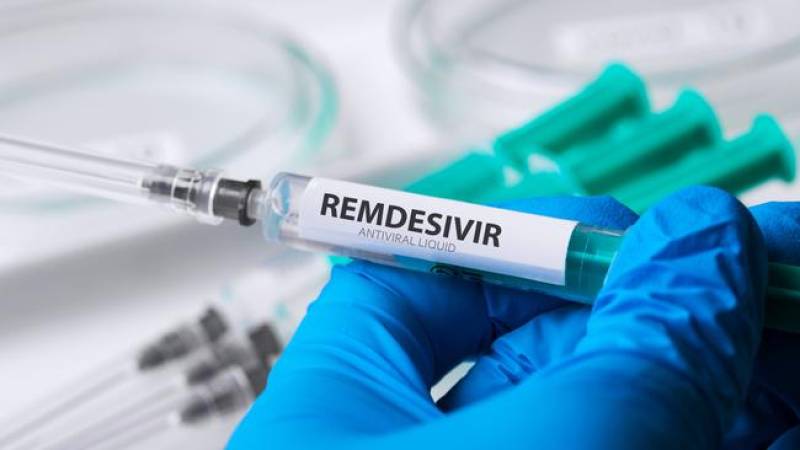 ISLAMABAD – A plane, privately chartered by a Karachi-based businessman, has recently made a round-trip to Dhaka to bring a drug that has shown promising results in treating critical Covid-19 patients.

Tarek Moinuddin Khan, Chairman of AGP Pharmaceuticals, had chartered the plane by a private company after getting approval from Drug and Regulatory Authority Pakistan (DRAP), under Rule 13 of Drug (Imports & Export) Rules, 1976, for the import of ‘unregistered drug Inj.Remdesivir’.

Remdesivir, which is an anti-viral drug, is prepared by a Bangladesh-based pharmaceutical company, Beximco.

The company had agreed to sell 48 vials at a cost of USD 65/vial of Bemsivir IV Infusion (Remdesivir) to Mr. Khan, according to the Profit.

The publication, in its report Wednesday, said the plane flew over Indian air space into Dhaka to collect the medication and bring it back to Islamabad.

“The injectable vials have been procured for the treatment of four patients who were suffering from coronavirus and had entered a critical stage of the lethal infection. All patients have reportedly recovered since being treated with Remdesivir,” the report added.

Remdesivir, a drug developed by Gilead Sciences, has grabbed attention as one of the most promising treatments for COVID-19, the respiratory disease caused by the virus, which has killed nearly 380,000 people globally.

Last Friday, in a stock exchange filing, Pakistan’s Searle Company Limited said it was “planning to import remdesivir in finished form (ready to use) to meet the country’s urgent requirements” after entering into an exclusive licensing and marketing agreement with Bangladesh’s Beximco Pharmaceuticals, the first company in the world to introduce the generic variant of the drug.

In May, Ferozson’s Pharma said it would make the drug in Pakistan after signing a non-exclusive licensing pact with Gilead Sciences, to make and sell the drug to 127 nations, but it warned that production could take “weeks”.

Gilead’s patent gives the U.S. company exclusive rights to make the antiviral. But global trade rules allow nations defined by the United Nations as least-developed countries (LDCs) to ignore the patent and make such drugs more affordable in their markets.

Bangladesh is one of 47 countries that fall in this category.

Pakistan’s tally of infections stands above 80,000, with nearly 1,700 deaths. More than 28,000 people have also recovered from the disease.