The ‘Perfect Pair’: It happens only in Pakistan! 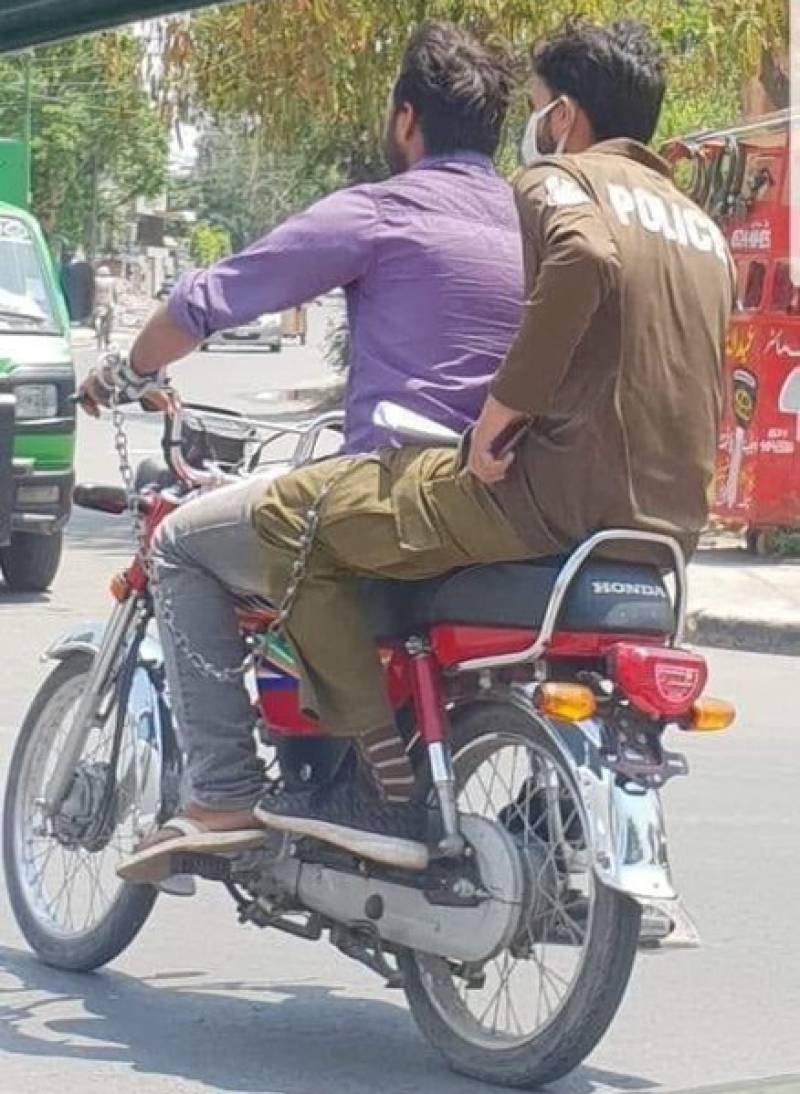 LAHORE – When you climb on the back of a motorcycle, you are literally putting your life in the rider's hands. It only looks a simple ride, but is actually a matter of great responsibility.

But, would you let a crime accused take control, especially when you’re a cop?

This was the case with a Pakistani policeman from eastern Punjab province, who was pictured riding a bike with an accused on their way to court.

While the rider, with his hands chained, easily manages to steer the motorbike on city streets, the uniformed-policeman appears to be enjoying the ride in his brown socks and sneakers.

Taken by another motorist, the picture is making rounds on the internet, prompting the Twitterati to comment on the process of prosecution by Pakistani police.

KARACHI – Police in Sindh capital have arrested a man who stole a motorbike from the court premises after he ...

The social media user, who shared the picture on Twitter, joked about the ‘blind faith’ both this policeman and the accused have in one another.

Another user pointed out that the motorbike in the picture has no number plate – this might be the reason the man was arrested.

Another user tried to relate the situation with the anti-graft watchdog, National Accountability Bureau (NAB), and the Pakistan Tehreek-e-Insaf (PTI) government, who are allegedly working hand in hand against the ‘corrupt’ in the country.

While it remains unknown where this picture was taken in Punjab, one thing becomes clear that Punjab Police and criminals are ‘made for each other.’

LAHORE (Khayyam Rafique) - While the front seat of any police van is reserved for chief investigation officer, an ...