We have no plans to continue air strikes against Pakistan: Indian Ambassador to Russia 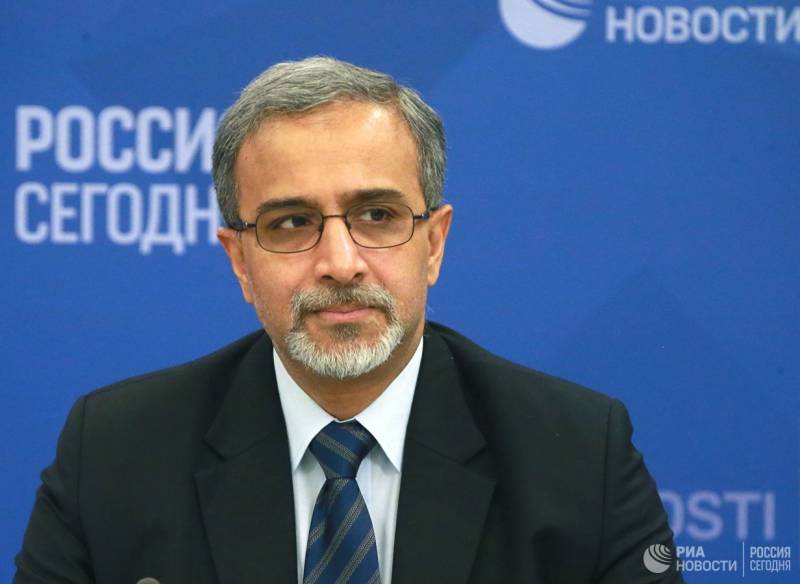 MOSCOW – Top Indian envoy in Russia has downplayed the risks of the current tensions on the border with Pakistan developing into a full-scale military conflict.

In an interview to RIA Novosti News Agency, Ambassador D Bala Venkatesh Varma said “the situation is already stablising and stablising rather quickly.”

To a question, the Indian diplomat said his country “does not have such plans at the moment."

Responding to another question regarding Russia being a mediator between the two countries to resolve the conflict, Varma rejected the offer by saying that “the issue of mediation is not on the table.”

He said that even if New Delhi receives a formal invitation of mediation, it will not accept it. “So far, no country has offered to mediate in resolving the conflict. And it is not a question of mediation, but whether Pakistan takes action that will create an atmosphere for the continuation of dialogue”.

To a question, if India plan to put before the UN Security Council the latest exchange of air strikes, the Indian envoy said that “that will not be necessary, because it will not achieve any goals.”

Last week, the Modi-led Indian government while eying political gains out of the war, brought the two neighbouring nuclear-armed states at the brink of war by linking Pakistan with the deadly Pulwama attacks in the Occupied Kashmir, leaving more than 40 Indian paramilitary troops dead.

Indian war hysteria remained sky-high after Indian Air Force (IAF) jets intruded into Pakistani airspace on February 26 and dropped their payload in haste in a hilly area the Line of Control (LoC), but managed to flee away after the PAF scrambled its fighter jets. The next day, Pakistan shot down two Indian jets for violation of its airspace and also captured an Indian pilot Abhinandan alive who was released on Friday as a “peace gesture”.

On the Line of Control, which divides the disputed region of Jammu and Kashmir, armies of the nuclear-armed rivals are regularly exchanging fire, resulting in civilian and military casualties on both sides.

Pakistan's military media wing, the Inter-Services Public Relations (ISPR), in its update on the situation along the Line of Control (LoC), said Sunday that after heavy exchange of fire on the night between March 1 and 2, there is relative calm along the LoC with intermittent firing last night in Neza Pir, Jandrot and Baghsar sectors.

"There have been no casualties on Pakistan side during past 24 hours. Pakistan armed forces continue state of alert and vigilance," the statement said.