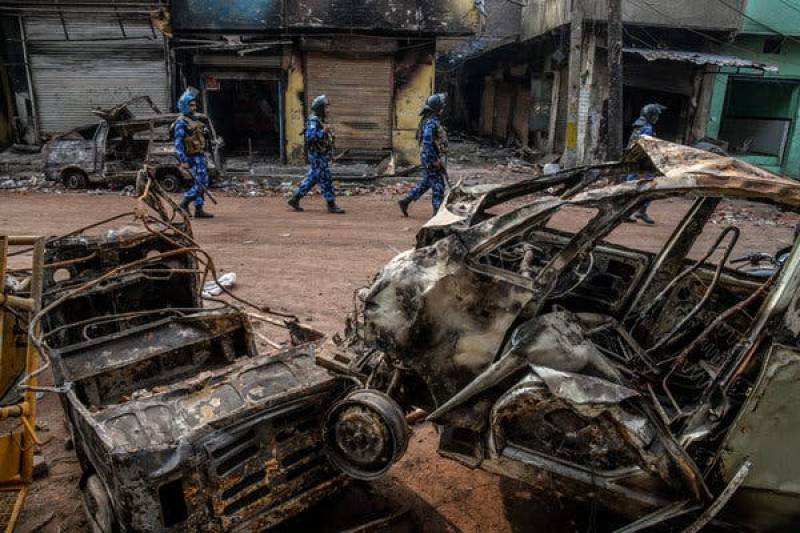 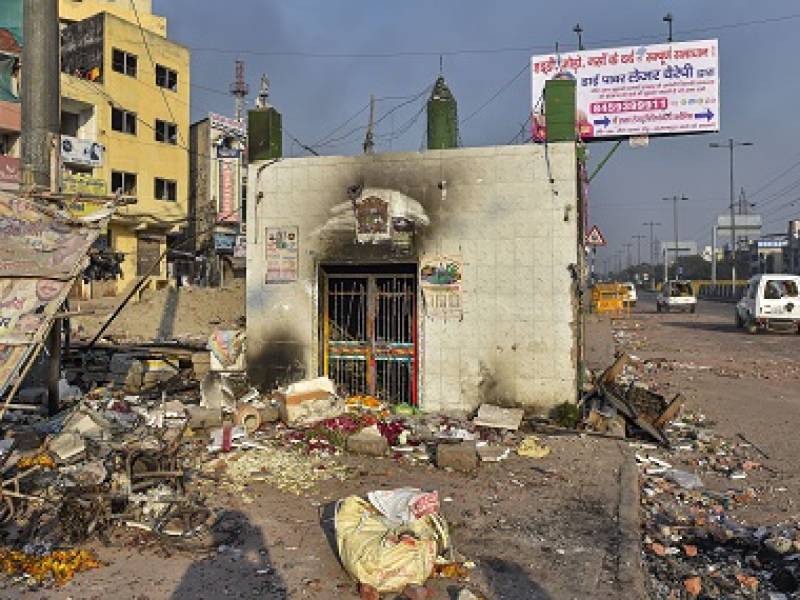 NEW YORK – The reason why Delhi police did nothing to stop attacks on Muslim was they had reason to believe that looking away or abetting the rioters will be rewarded by Prime Minister Narendra Modi's government, according to an opinion piece published in a leading American newspaper on Tuesday.

"The violence, which lasted over three days and nights and was mostly directed at Muslims in northeastern areas of Delhi, was not surprising," Hartosh Singh Bal, political editor of The Caravan, a Delhi based magazine, wrote in The New York Times about the deadly riots in which 46 people, mostly Muslims, were killed and hundred more injured.

"Over the past six years, Prime Minister Narendra Modi, his colleagues in the Hindu nationalist Bharatiya Janata Party, their armies of social media trolls and a vast majority of India's television networks have consistently been building an atmosphere of hatred, suspicion and violence toward India's Muslim minority, he said, while asserting that the police personnel who are accountable for the violence will face no legal action.

Bal wrote, "The pogrom in Delhi follows in the wake of the discriminatory citizenship law that Mr. Modi's government passed in December. Indians, especially Muslims, have been protesting the law. Before the killings in Delhi, 19 people were killed when protests broke out in the neighboring state of Uttar Pradesh, which is administered by the B.J.P.In recent elections in Delhi, Mr. Modi's party ran a dangerously sectarian campaign. Its leaders equated the protests against the citizenship law with treason and called for the murder of protesters. The B.J.P. lost the Delhi elections and the protests continued. On Feb. 23, Kapil Mishra, a leader of the B.J.P., incited mobs in northeast Delhi to remove a group of Muslim women who were holding a sit-in and blocking a road to protest the citizenship law. Violence erupted soon after.

"A week later, the detailed accounts of violence raise fundamental questions about the role played by the Delhi police in abetting the Hindu mobs and targeting Muslims. When Mr. Mishra gave the speech that lit the fire, Ved Prakash, the deputy commissioner of police for northeast Delhi, stood beside him and did not intervene. The next day, as the mobs swung into action, Mr. Prakash and other police officers were shaking hands with a Hindu mob, which shouted slogans celebrating the Delhi police and its support.

"Top police officers casually expressed their support of the Hindu mobs and their fear of Muslims. 'Jai Shree Ram,' the old devotional chant praising the Hindu deity Ram, has been adopted as a war cry by the Hindu nationalist mobs in the past three decades. There were reports of the Delhi police personnel charging at Muslim neighborhoods while shouting, 'Jai Shree Ram!' A particularly gruesome video, which has been fact-checked and verified, shows Delhi policemen standing around five badly injured Muslim men lying on the road, forcing them to sing the national anthem. They can be heard hurling abuses. One of the men has died of his injuries.

"Similar behavior by the Delhi police was visible before last week's violence. On January 30, a gunman opened fire on protesters at Shaheen Bagh in southeast Delhi. Photographs and videos from the site show an armed man facing the protesters, leisurely taking his aim as lackadaisical Delhi policemen stand and watch in the background. This partisan behavior of the Delhi police is not simply a question of the police reflecting the biases of the population they are recruited from. It is an active compliance with the kind of conduct they believe will be rewarded by Mr. Modi's government and the ruling party. This belief has been reinforced by what has transpired in earlier bouts of large-scale religious violence in India, in particular in the western state of Gujarat in 2002 and in the pogrom in Delhi in 1984 when more than 3,000 Sikhs were killed by Hindu mobs.

"In February 2002, soon after Narendra Modi took over as chief minister of Gujarat, a train carrying Hindu religious volunteers was allegedly set on fire in the town of Godhra by a group of Muslims. Fifty-nine people died. Mr. Modi ensured the bodies of the dead were paraded through Ahmedabad, the largest city in Gujarat. Hindu mobs fueled by incendiary rhetoric from leaders of organizations affiliated with Mr. Modi's party attacked homes and businesses owned by Muslims. Over a thousand people were killed, over 700 of them Muslims.The Gujarat police faced the same allegations of abetting the rioters or doing nothing to stop the violence against Muslims. A few police officers stood out for ensuring that the violence did not overwhelm the areas under their charge. All of them were transferred shortly afterward by Mr. Modi and his confidant and then Gujarat home minister Amit Shah. In the following years, those upright police officers were harassed by the government.

"Every officer serving in the Delhi police today would be well aware of the fate of the police officers in Gujarat. Like the officers in Gujarat, they report directly to the Modi government since Delhi's status as the national capital ensures policing responsibilities do not lie in the hands of the Federal government. Mr. Modi's old confidant Mr. Shah is now the federal home minister.These officers also had the benefit of an experience much closer at hand. In the first week of November 1984, following the assassination of Prime Minister Indira Gandhi by her Sikh bodyguards, over 3,000 Sikhs were massacred by Hindu mobs in Delhi. The role of the police came under widespread scrutiny and a government-appointed commission concluded: There is enough material on record to show that at many places, the police had taken away their arms or other articles with which they could have defended themselves against the attacks by mobs.

"After they were persuaded to go inside their houses on assurances that they would be well-protected, attacks on them had started. A subsequent commission indicted 72 police officers and recommended that action against them be taken by an agency other than the Delhi police. The recommendation was never acted upon.Many of the police personnel and officers who were attacking protesters last week in Delhi along with the Hindu mobs would have either served under or been trained under the very same officers who escaped any punishment for their role in the 1984 pogrom. And the message from Mr. Modi's government is consistent and clear and goes beyond the police: Justice S. Muralidhar, a Delhi High Court judge who sharply criticized the police and ordered the Delhi police to investigate the role of the Hindu nationalist politicians, was swiftly transferred to a court in a different state.

"While the decision to transfer him was already in place, the timing was of the Modi government's choosing. A lawyer explained that it is unprecedented that a judge is posted elsewhere while he or she is in the middle of hearing such an important subject.The message is not lost on anyone. A majoritarian government backed by a huge mandate is not going to let judicial or bureaucratic precedents stand in the way of carrying out its agenda.The police personnel who are accountable for the violence will face no legal action. They may have not stood by the Constitution, but they did stand by the B.J.P. When Hindu mobs next target a Muslim in any part of the country administered by Mr. Modi's party, we can be sure that no police will stand in their way."