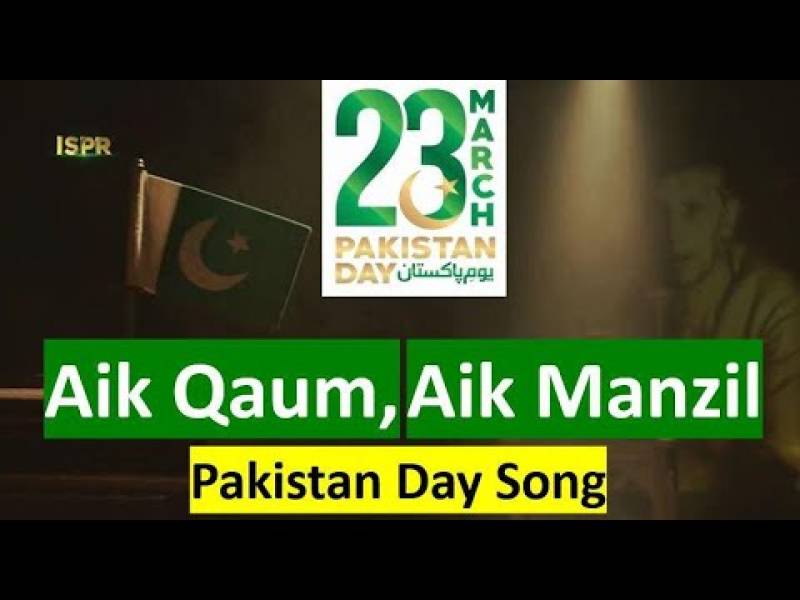 On 23rd March 1940 Muslims of the Sub-Continent exhibiting heights of unity faith and discipline, passed the historic Resolution for the establishment of a separate homeland for Muslims.

Muslims shared one vision and were one in their resolve against all odds; setting in motion the final stage of reaching one destination.

The song; Aik Qaum, Aik Manzil, highlights the very same idea; that just as their forefathers; Pakistani nation 81 years later, is celebrating the same indomitable resolve while facing any challenge; no matter how great or small.

Renowned musicians, Ali Zafar and Aima Baig, have put their heart and soul in to this song.

The tag line “Aik Qaum, Aik Manzil” rejuvenates the spirit of the nation, showcasing that Pakistani nation today is unified, integrated and consolidated in making Pakistan reach glorious heights. One Nation, One Destination.