Iran to reopen many mosques as Rouhani eases lockdown during Ramadan 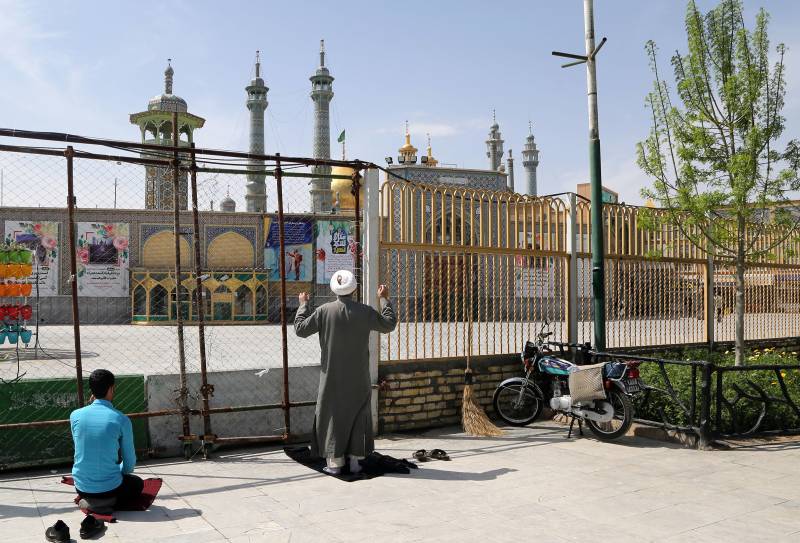 TEHRAN – Iranian President Hassan Rouhani said mosques would reopen across large parts of the country Monday, as officials reported a drop in the number of deaths from the novel coronavirus.

Health ministry spokesman Kianoush Jahanpour said 47 people died of the virus over the past 24 hours, the lowest daily count in 55 days.

He told a news conference he hoped "the trend will continue in the upcoming days".

His remarks came as President Hassan Rouhani said 132 counties, around one third of the country's administrative divisions, would "reopen their mosques as of tomorrow".

"Social distancing is more important than collective prayer," he said in a televised meeting of the country's virus taskforce.

The president argued that islam considers safety obligatory, while praying in mosques is only "recommended".

Mosques and some key Shiite shrines in Iran were closed in early March amid the middle East's deadliest COVID-19 outbreak.

The virus taskforce was also mulling reopening schools by May 16 to allow for a month of classes before the summer break.

According to Jahanpour, the 47 new deaths brought to 6,203 the total number officially recorded in Iran since it reported its first cases in mid-February.

He added that 976 fresh infection cases were confirmed in the past 24 hours, bringing the total to 97,424.

Over 78,420 of those hospitalised have since been discharged, while 2,690 are still in critical condition.

Experts and officials both in Iran and abroad have cast doubts over the country's COVID-19 figures, saying the real number of cases could be much higher than reported.

The Islamic republic has tried to contain the spread of the virus by shutting universities, cinemas, stadiums and other public spaces since March.

But it has allowed a phased reopening of its economy since April 11, arguing that the sanctions-hit country cannot afford to remain shut down.

Only "high-risk" businesses like gyms and barbershops remain closed.

"We will continue the reopenings calmly and gradually," Rouhani said.

Yet he warned that Iran should prepare for "bad scenarios" too, saying "this situation may continue into the summer".

Iran's Revolutionary Guards on Sunday announced they were cancelling the annual day of protests against Israel known as Qods (Jerusalam) Day seemingly over the coronavirus pandemic.

Spokesman Ramezan Sharif, quoted by Fars news agency, said the move was in line with the cancellation across Iran of other ceremonies and the closing of holy places.

"Let's not worry about what the enemy might say," he added.

The day has been held every year since the 1979 Islamic Revolution to show support for the Palestinians and is usually marked on the last Friday of the holy fasting month of Ramadan, which falls on May 22 this year.