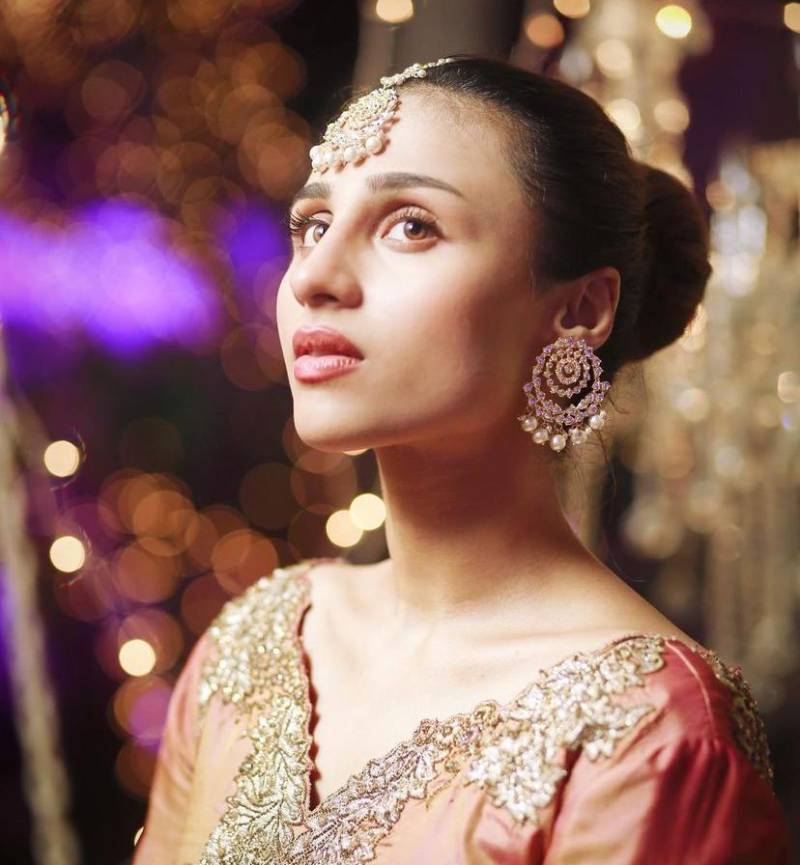 Pakistani starlet Mashal Khan is comparatively a new face in the television industry who has created a niche for herself in a short span of time.

With an impressive resume, Khan's projects have been applauded by the drama buffs. But nowadays, her private life seems to come under the radar.

The Thora Sa Haq star was previously in a relationship with Ali Ansari but the couple parted ways in 2020. After the break-up, Ali Ansari got engaged to Saboor Ali recently

On the other hand, the 24-year-old posted a picture on Instagram where she was spotted flaunting her ring after which triggered rumours about her being in a relationship and wearing an engagement ring.

Later, her co-star Kasim Khan shared their picture together with the caption,“Do you believe in angels on planet earth Because I met one”, tagged Mashal Khan and also promoted their on-air drama Khuwaab Nagar Ki Shehzadi.

Moreover, Mashal too reciprocated the post with love as she posted it on her Instagram stories with multiple heart emojis.

On the work front, Khan is all set to star in Ajnabi Humsafar with Omar Shahzad, Imran Aslam, Adeel Abbas, Aurangzeb Leghari and Hanif Bachchan in leading roles.

Congratulations are in order as there is a new celebrity couple on the block. Saboor Aly and Ali Ansari just shared an ...