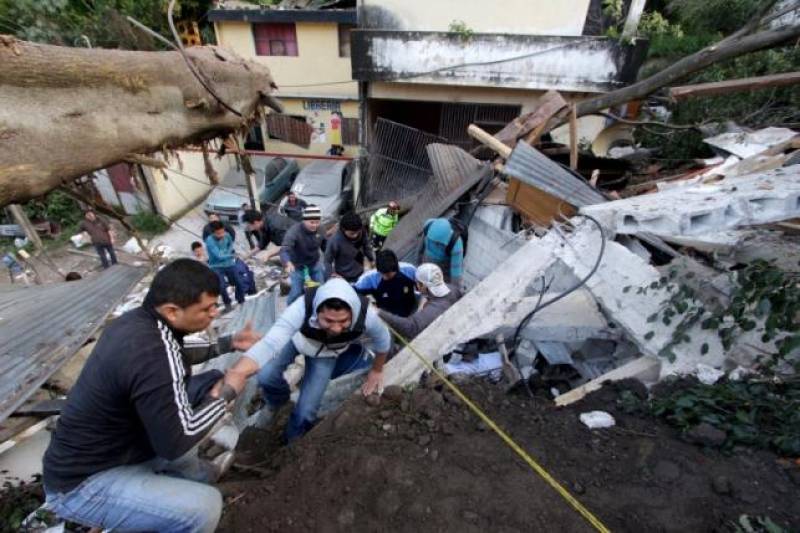 GUATEMALA CITY (APP) – About 30 people were killed and about 600 others went missing after a landslide that damaged some 125 homes on the outskirts of the Guatemalan capital.

“Officially, we can confirm nine dead,” Alejandro Maldonado, head of the government’s national coordinating agency for disaster reduction (CONRAD) said Friday, but he noted the death toll could rise as rescue efforts continue.

Dozens of rescue workers, police, soldiers and neighbors were working to remove the mud and debris in search of the missing residents Friday. Thirty-four people had been pulled from the mud and debris, and families reported receiving text messages from people they believed to still be trapped.

Officials said the impact of the heavy rain was exacerbated by a nearby river, and that municipal authorities had recommended the community relocate last year.

Eight people had already died in previous weather-related events tied to Guatemala’s rainy season, which lasts from May to November, according to government data.

Last year’s rainy season was tied to 29 deaths and damage to more than 9,000 homes.