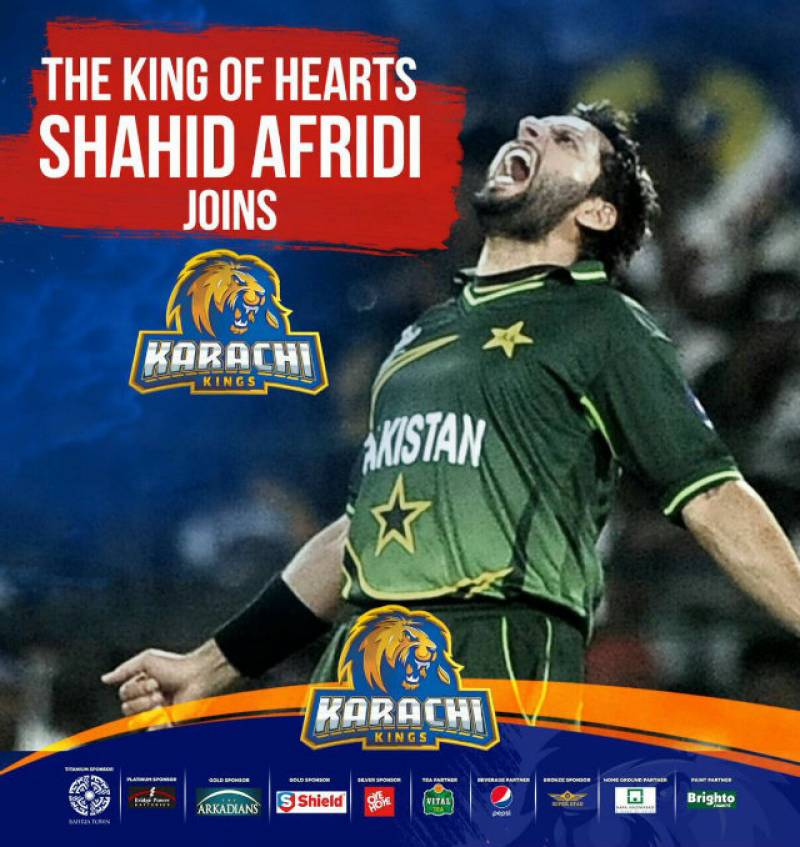 The former Pakistan captain Shahid Afridi, who is also the president of the most popular PSL team Karachi Kings, today formally joined the team’s squad for next PSL.

Termed the “BLOCKBUSTER Trade of The Year”, Karachi Kings clinched Boom Boom Afridi in return for their Gold and Silver pick.

The development was also shared by Karachi Kings and PSL official account on social media.

The BLOCKBUSTER Trade of the Year!

Afridi had recently parted ways with Peshawar Zalmi, the PSL franchise he had played for the two seasons of the tournament.

Last month, Afridi took to Twitter to make public his decision, saying he was ending his services as president and player of Peshawar Zalmi owing to "personal reasons".

"I'm announcing my end of service as president and player of Peshawar Zalmi Team due to my personal reasons," he wrote.

“There are a few personal things that I don’t want highlighted in the media,” said Afridi while talking to a private news channel. “I didn’t want to be a hindrance in his new goals and vision. I have a lot of commitments to my own foundation, so I wouldn’t be able to give my services completely to him also. There a lot of projects of my foundation that I need to set my focus on.”