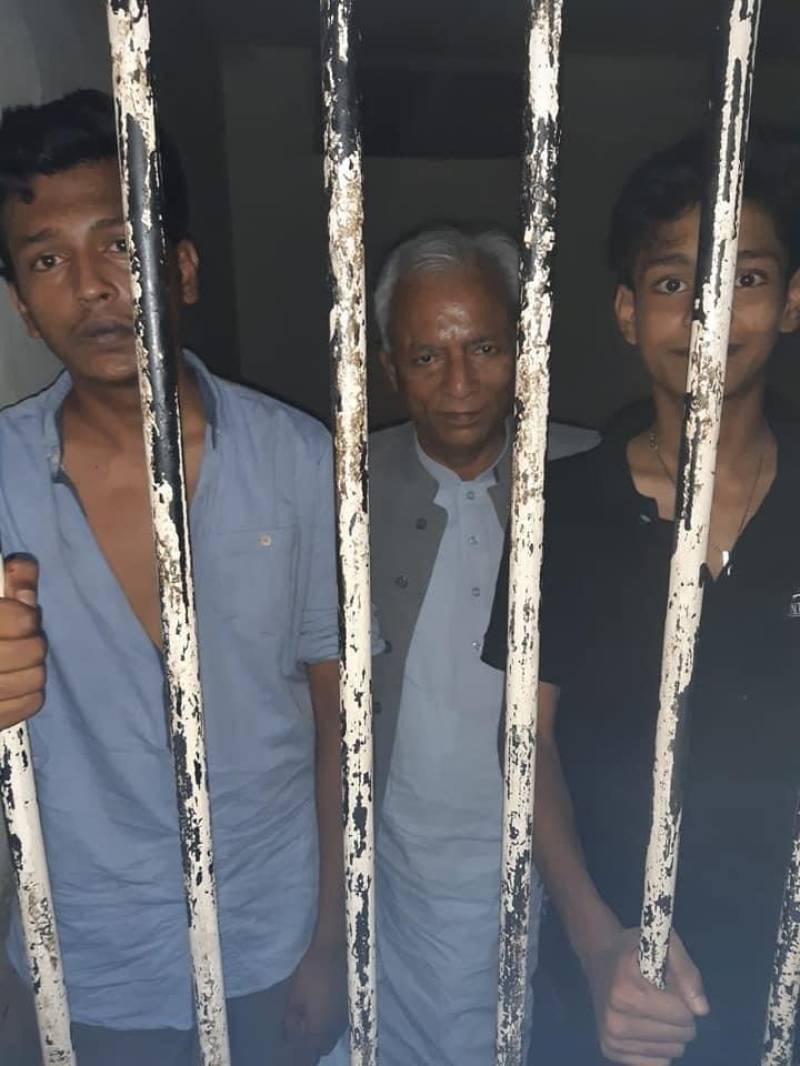 KARACHI – A former lawmaker of Pakistan Muslim League-Nawaz (PML-N) and his sons were briefly detained by Sindh police for attacking the police officials in Karachi’s Korangi area early on Saturday morning.

An FIR No 324/20 was registered against ex-Senator Nehal Hashmi his two sons at the Saudabad police station on behalf of Saudabad SHO Rana Haseeb for abusing, scuffling and beating cops.

Police said that Hashmi and his sons were fighting with someone in Malir when the police reached there to resolve the issue both parties were taken to the police station.

At police station, the police said, Nehal Hashmi’s family scuffled with cops and abused them.

According to Deputy Inspector General of Police East, people have gathered outside the station, and some have entered it against police's instructions.

Later, the trio were granted bail after they deposited Rs 20,000 each as surety bond in the case.

Nehal’s family said that the clash erupted over a minor accident in Malir and the police tried to support the other group and also misbehaved with Hashmi's family including the wife of the former senator.

In a video statement issued late in the night, the PML-N leader's daughter, Ayesha Hashmi, said, "We were dragged into someone else's matter. They misbehaved with me and my mother." She said the policemen in plainclothes subjected her brother, Naseer Hashmi, to torture and humiliated her family. "Police tortured my 17-year-old brother also," she said.