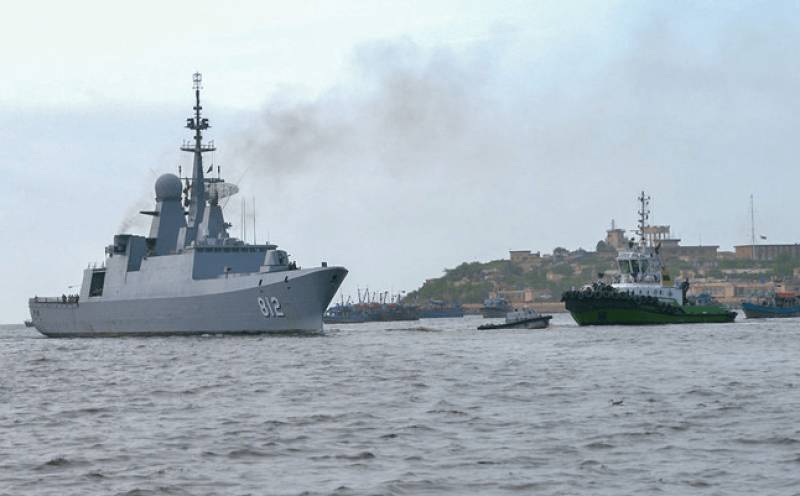 Escorting operations, planning modules on the conduct of amphibious landing operations, and mine-counter measures procedures will be rehearsed by the two sides, per reports.

On Saturday, a fleet of the Royal Saudi Navy (RSNF) arrived at the port of Sindh capital to carry out the mixed naval drills with the Pakistani Naval Forces. The Royal Saudi Air Force will also participate in the exercise with multiple combat aircrafts.

A video shared by the Saudi defense ministry showed an RSNF military vessel docked at the Karachi port while Saudi officials were received by Pakistan Navy officials.

The opening ceremony of the Joint Anti-Terrorist Exercise (JATE) 2021, was held at National Counter Terrorism Centre ...