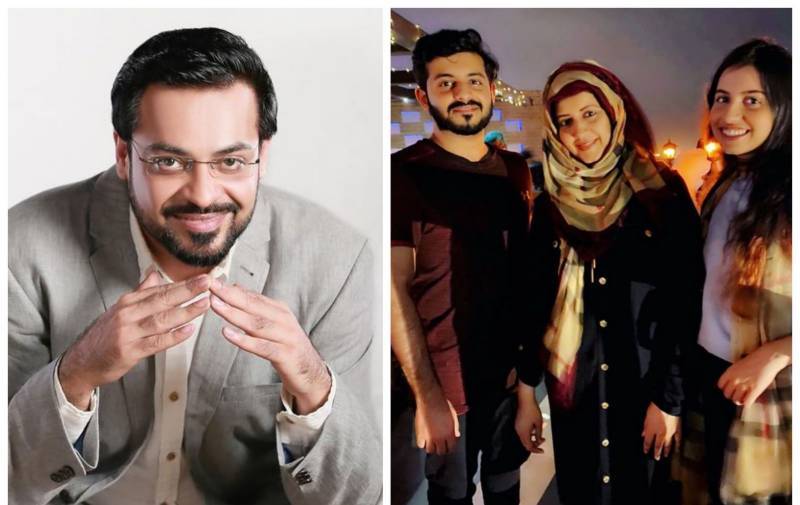 Pakistani media's influential personality late Aamir Liaquat Hussain has been living in the hearts of his millions of fans all around the world.

The 50-year-old host-turned-politician, who suddenly died on June 9 this year has been remembered by his friends and family on various occasions.

Liaquat's ex-wife, Bushra Iqbal, recently shared a vlog of the late TV host on YouTube covering his journey to the Holy city of Madina.

Iqbal herself is a scholar in Islamiat and hosts religious transmissions on television channels. The mother of two has been close to her family and children, especially after Liaquat's sudden demise.

Iqbal decided to pay tribute to her late ex-husband during the month of Rabi ul Awwal and shared a compilation of different clips featuring Aamir Liaquat Hussain from his trips to Madina and, of the times when he expressed his love for the Holy Prophet (peace be upon him).

For the unversed, Aamir and Bushra parted ways in 2020 after which he married twice. The ex-couple has two children, a son and a daughter.