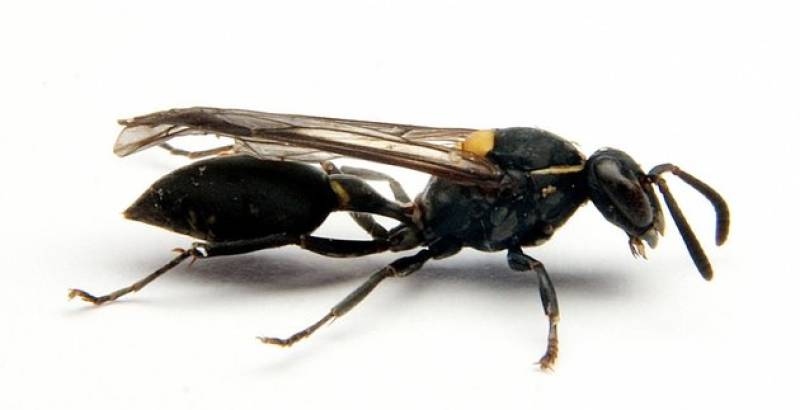 BRAZIL (Web Desk) - Scientists say the venom of Polybia paulista, a wasp native to Brazil, could be a powerful weapon against cancer.

According to a study published in the Biophysical Journal this week, the wasp’s venom contains a toxin, named MP1, that selectively destroys tumour cells without harming normal ones. The BBC called the venom a potentially powerful “weapon against cancer.”

In lab tests, MP1 was found to inhibit the growth of prostate and bladder cancer cells as well as leukemia cells that had been shown to be resistant to a variety of other drugs.

The toxin interacts with fatty molecules known as lipids that are found on the outside of cancer cell membranes, researchers said.

It then disrupts the structure of the protective membranes, creating “gaping holes” that allow molecules critical to the survival of the cancer cell to leak out.

Since healthy cells don’t have these lipids on the outside (they are located on the cell's inner membrane), it seems they are not susceptible to the wasp toxin the way cancer cells are.

“Cancer therapies that attack the lipid composition of the cell membrane would be an entirely new class of anticancer drugs,” Paul Beales, one of the study’s authors, stated in a news release. “This could be useful in developing new combination therapies, where multiple drugs are used simultaneously to treat a cancer by attacking different parts of the cancer cells at the same time.”

Though the use of the wasp’s venom as a treatment option is an exciting possibility, it still remains theoretical.

Beales, of the University of Leeds in the U.K., and his team said more research needs to be done to learn if and how the venom could be used for clinical purposes.

“Understanding the mechanism of action of [MP1] will help in translational studies to further assess the potential for this peptide to be used in medicine,” Beales said.

“As it has been shown to be selective to cancer cells and non-toxic to normal cells in the lab, this peptide has the potential to be safe, but further work would be required to prove that.”