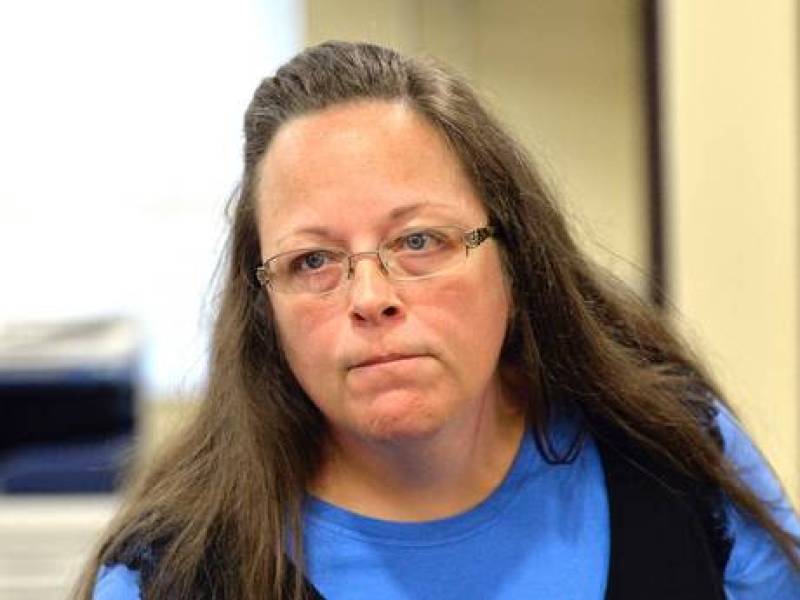 ASHLAND (Web Desk) — A US county clerk who refused to issue marriage licenses to same-sex couples was arrested on Thursday for contempt of court.

“Thank you, judge,” she replied before being removed from the courtroom by U.S. marshals.

She was sued by four gay couples who had been denied licenses, and was ordered by Bunning last month to begin issuing the licenses this week.

But Davis refused, citing her religious beliefs. Attorneys for the four couples had not asked for jail time, but Bunning took more drastic action.

Davis’s case has grabbed the national spotlight, with her supporters calling her stand an act of courage in the face of government intrusion on free exercise of religion, and gay rights supporters describing it as a desperate last gasp in the wake of the Supreme Court’s legalization of same-sex marriage nationally. 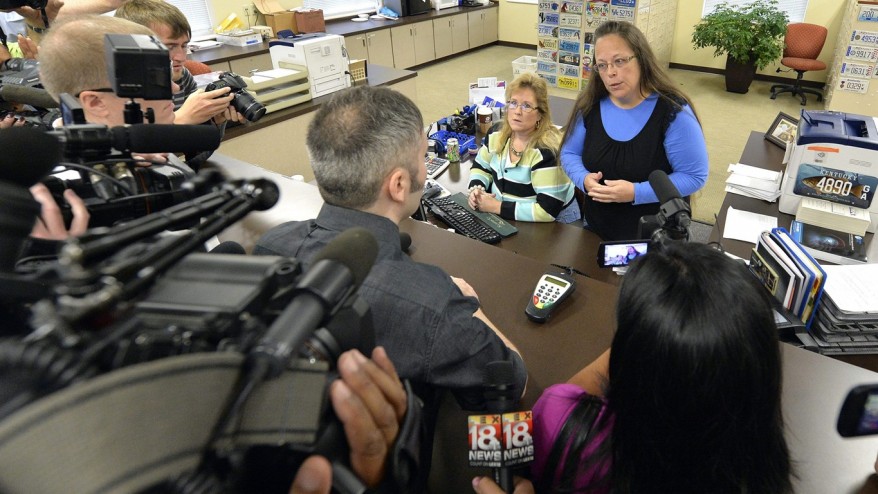 The two factions were on vivid display outside the Carl D. Perkins Federal Building, where dozens of protesters had already gathered on the front sidewalk by 9 a.m.

Most appeared to be backers of Davis, some of whom had come from as far as Oklahoma to show their support. They waved flags bearing a cross and the word “Liberty.”

One demonstrator pointed his bullhorn toward the smaller contingent of gay rights supporters who had also gathered outside. “Hell is waiting for you,” he intoned. 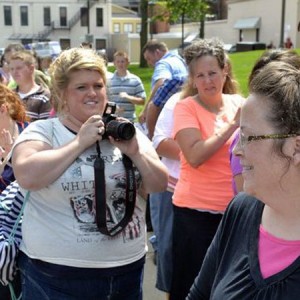 Davis has received some high-profile support from national political figures. On Wednesday, former Arkansas governor Mike Huckabee, who is running for president, said in a statement that he had called Davis to “offer my prayers and support.”