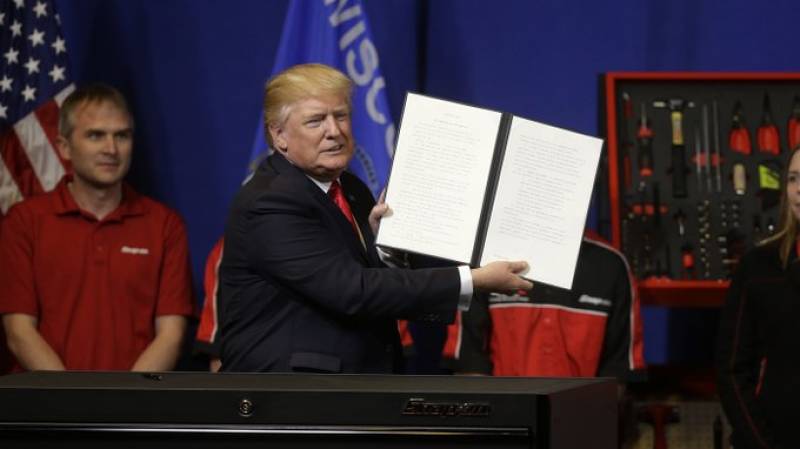 WASHINGTON – President Donald Trump on Monday signed an executive order suspending access to various temporary work visas through the end of the year.

The order cites the COVID-19 pandemic in implementing a freeze new H1-B, H-4, L and most J visas as well as some H2-B visas with an exception for food processing workers, extending a prior 60-day limit on immigration signed in April that was set to expire.

A hold on the issuance of new green cards issued in response to the coronavirus will also remain in place through the end of the year, the UPI reported.

The restrictions will apply only to new work visas and not to existing holders who are in the United States currently. Those visa holders who are outside the US will not be able to return to the US.

As COVID-19 spread across the globe, many U.S. workers were hurt through no fault of their own.

As America recovers, President @realDonaldTrump won't allow blue-collar and middle-class workers to stay on the sidelines and be replaced by new foreign labor. https://t.co/A68ueVC88u pic.twitter.com/tFRwGZE9jX

"Under ordinary circumstances, properly administered temporary worker programs can provide benefits to the economy," Trump said in the order. "But under the extraordinary circumstances of the economic contraction resulting from the COVID-19 outbreak, certain non-immigrant visa programs authorizing such employment pose an unusual threat to the employment of American workers."

H-1B visas grant temporary work authorizations to people with highly specialized knowledge and are commonly utilized in the tech industry, while H-4 visas are issued to immediate family members of people who hold H-1B visas. Issuances of H-1B visas are currently capped to 85,000 annually.

H-2 visas provide temporary work for agriculture, construction, forestry and other industries, L visas are for temporary intracompany transfers who serve in management positions or have specialized knowledge and J visas are provided for study-based exchange visitor programs.

A senior administration official told journalists the move would free up 525,000 jobs, making a dent in the high unemployment rate caused by the coronavirus pandemic.