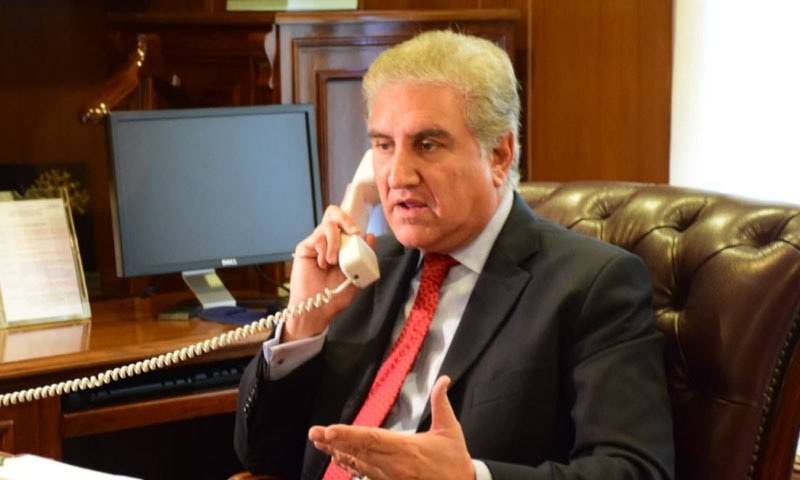 Qureshi made a telephone call to Javad Zarif and thanked the Iranian government and its people for supporting the people in the occupied valley.

“He briefed Zarif on the illegal and unilateral actions of India to alter the disputed status of Jammu and Kashmir,” the Foreign Office said in a statement.

“The gravity of the situation in IOK demands a complete lifting of the curfew, removal of restrictions on movement, peaceful assembly, provision of food and medical supplies and release of political prisoners,” the communique read.

On the other hand, Javed Zarif appreciated the briefing and reiterated concerns over the deteriorating human rights and humanitarian situation in IOK where the lockdown has entered 30th consecutive day today; He also reaffirmed Iran’s support for the Kashmiri people.

The two foreign ministers agreed to remain engaged regarding the evolving situation.

Momen emphasized on the importance of resolving disputes through dialogue and discussion, and the two ministers agreed to remain in touch.

India had scrapped the special status granted to Kashmir on August 5 through a rush decree and had imposed a curfew.

The United Nations Security Council had also convened a special session to discuss the crisis.