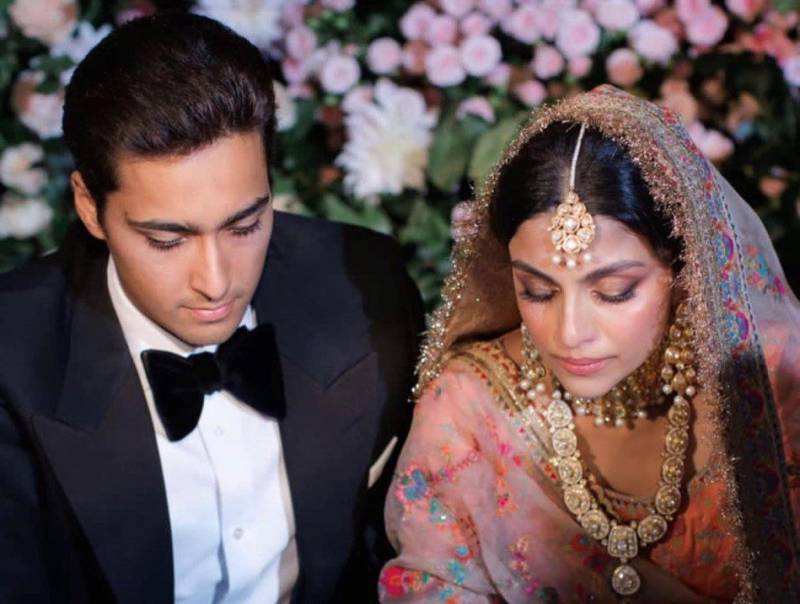 The Nikah ceremony of Junaid Safdar and Ayesha Saif, son and daughter-in-law of PML-N Vice President Maryam Nawaz, has been talk of the town last week.

The Nikah ceremony was held at The Lanesborough, an elite five-star hotel on the Hyde Park Corner in Knightsbridge, London. People are now speculating about the venue for the marriage ceremony.

However, the groom has finally broken his silence and said that “his wedding reception and farewell ceremonies will be held in Islamabad and Lahore”.

Also, Junaid revealed that dates for the events had not been finalized yet, but they were likely to take place somewhere in December this year. Maryam Nawaz couldn’t attend the Nikah ceremony of her son since the Pakistani government had put her on the no-fly list.

Spreading like a wildfire on the internet, pictures from the lavish event wrecked a storm on social media and netizens sent best wishes to the newlyweds.

The amazing pink lehenga was gorgeous and the stunning bride dazzled on her big day. The groom also looked super handsome.

The Nikah ceremony of Junaid Safdar was held with full pomp and splendour in London on August 22.

Junaid Safdar leaves everyone awestruck with recitation of Sufiana kalam

Ducky Bhai, wife set the dance floor on fire at their walima reception