Female cop gets fired for dancing in uniform during duty hours 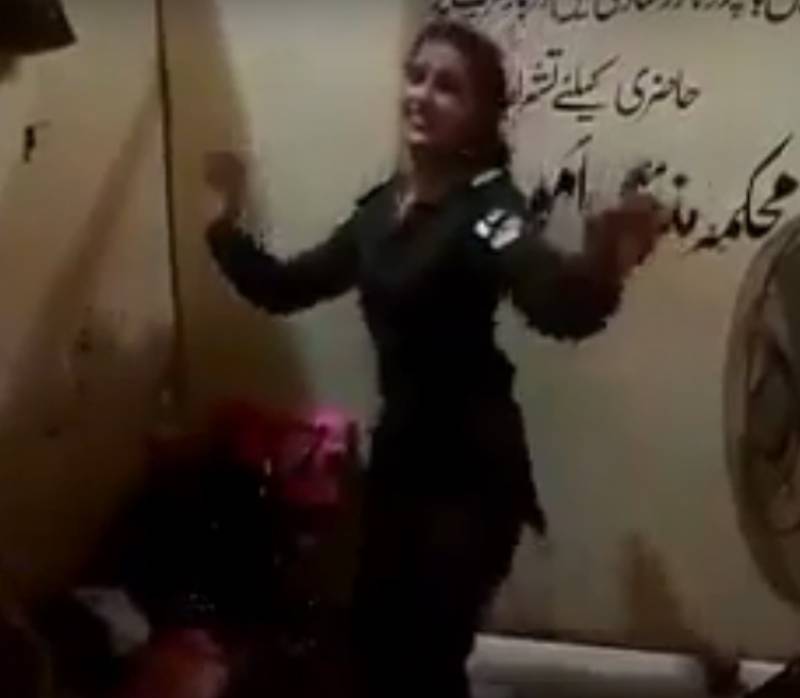 PAKPATTAN - A female cop in Pakpattan, Punjab has been removed from duty after her video of dancing while on duty invited immense wrath. The video, almost a year old, features constable Sana Tanveer dancing to a Bollywood song in uniform during duty hours.

As per DPO Maria Mehmood, the video has brought disgrace to the police uniform and is in severe breach of disciplinary rules and conduct of the police force.

Earlier, the video went viral over the social media in which constable Sana is seen dancing during duty hours at the shrine of Hazrat Fariduddin Ganjshakar in Pakpattan. The video had received mixed reactions on social networking platforms.

The Punjab police official showed her moves on the track; however, it was not welcomed with the same enthusiasm. The cop was criticised for bringing disgrace not only to the olive green uniform but also to the sanctity of the shrine.

Situated in Pakpattan, the Sufi shrine of Baba Farid is considered as one of the most prominent holy sites in South Asia. Every year, millions of devotees attend the annual Urs festival.

The video was uploaded on social media in November last year, and now Sana (female cop) and the other lady recording the clip are being terminated from duty.

Lets go through some of the responses to the viral video:

Please try not to share this video!!You are putting her life at risk

She is in private room look walls and fan.

Her moves are real but video is dubbed, her steps are different then the song