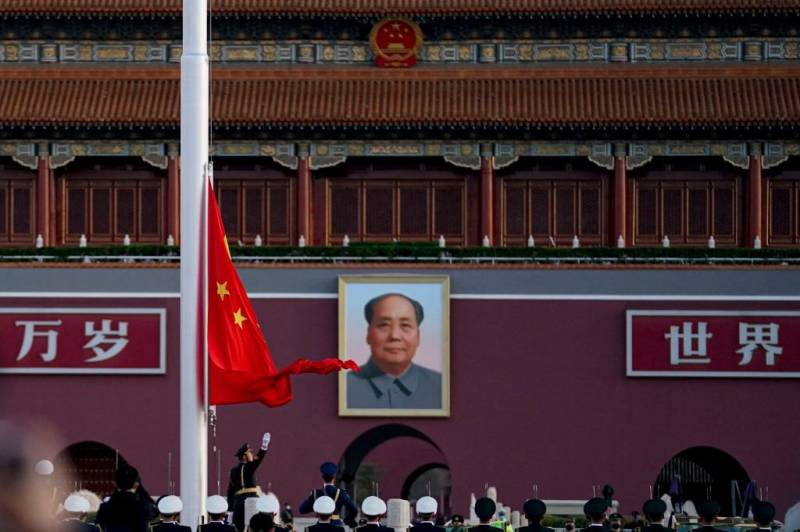 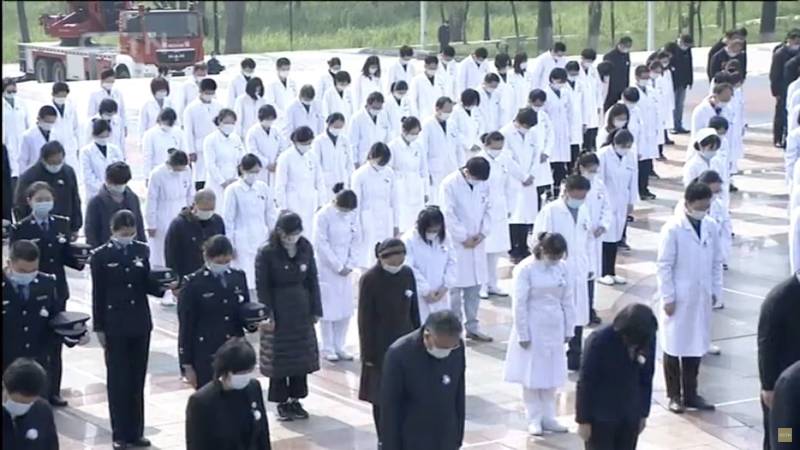 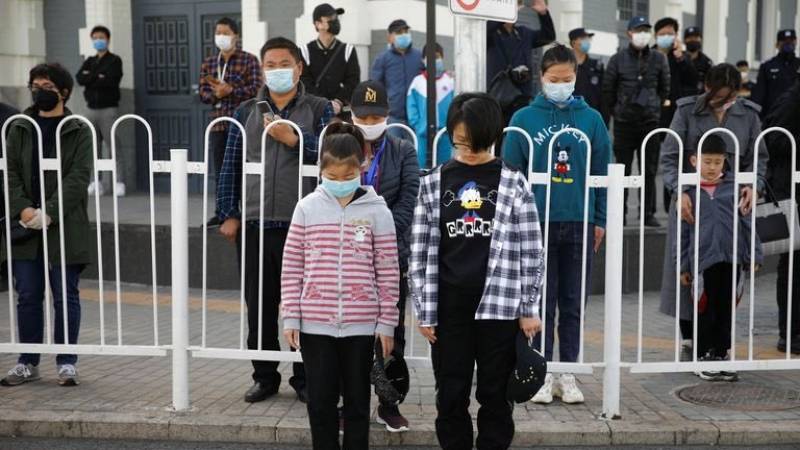 BEIJING – China commemorated a national mourning Saturday for all those who died in the fight against the novel coronavirus disease outbreak and compatriots who died of the disease.

The Chinese national flag was flown at half-mast at downtown Beijing’s Tiananmen Square to mourn people who died in the fight against COVID-19.

At 10 a.m. Saturday, Chinese people nationwide observed three minutes of silence to mourn the diseased, while air raid sirens and horns of automobiles, trains and ships wailed in grief.

Chinese President Xi Jinping, also general secretary of the Communist Party of China (CPC) Central Committee, and six other members of the Standing Committee of the Political Bureau of the CPC Central Committee observed three minutes of silence to mourn the martyrs and victims of the disease.

Public recreational activities were suspended across the country to express deep condolences of the people of all ethnic groups for the martyrs and compatriots.

Fourteen people who died fighting the COVID-19 outbreak in central China’s Hubei Province have been honored as martyrs.

The Chinese mainland’s total number of cases has reached 81,620, including 870 cases that have come from abroad. In addition, a total of 1,027 asymptomatic patients are currently under medical observation. The death toll in the country stands at 3,331 (3,322 from the Chinese mainland, four from Hong Kong and five from Taiwan).

The Covid-19 outbreak was first reported in the city of Wuhan, central China’s Hubei Province, in December 2019. Confirmed cases now exceed 1,000,000 globally, with the death toll hitting over 55,000, according to Johns Hopkins University.