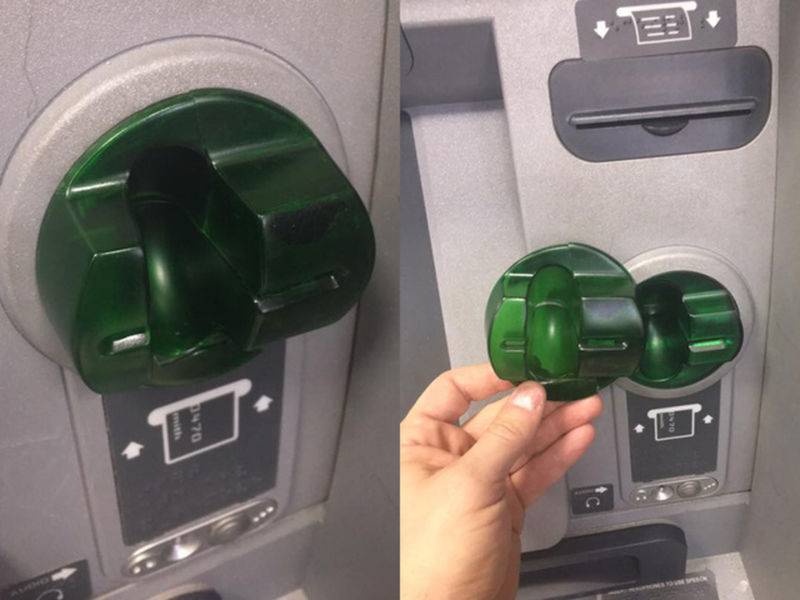 LAHORE - In the age of modern technologies, the world in facing tricky new challenges, posing threats to common people who use automatic facilities for their ease.

Among other sectors, the banking sector across the globe is also vulnerable to these threats as ATM hackers have illegally withdrawn millions of rupees from various bank accounts by using the skimming devices so far, depriving the people from their hard-earned money.

Skimmers are physical devices that are installed over the actual ATM card slots that capture data from cards' magnetic strips, which are later copied onto replica cards that are used to conduct fraudulent transactions. A micro camera is also installed to capture the secret pin code used by the customer to get access to his account through ATM card.

Now, there is a video that was captured after a device was found on an ATM machine in an area of India. The clip will help ATM card users to detect the device if there has been installed any in order to save his account from hackers.

The official who detected the device asked the bank customers to check the card slot carefully and be suspicious if anything loose or damage, as the criminal used to attached the skimming device to the slot using adhesive or tape. He also said that the keypad place should also be examined carefully as a camera is installed at this point to capture the pin code.

Last year, hackers skimmed out hundreds of thousand rupees from accounts of Pakistani customers. Only in Rawalpindi, the hackers had withdrawn money from 32 accounts of a private bank illegally.