4,400 year old tomb of an ancient woman has been discovered 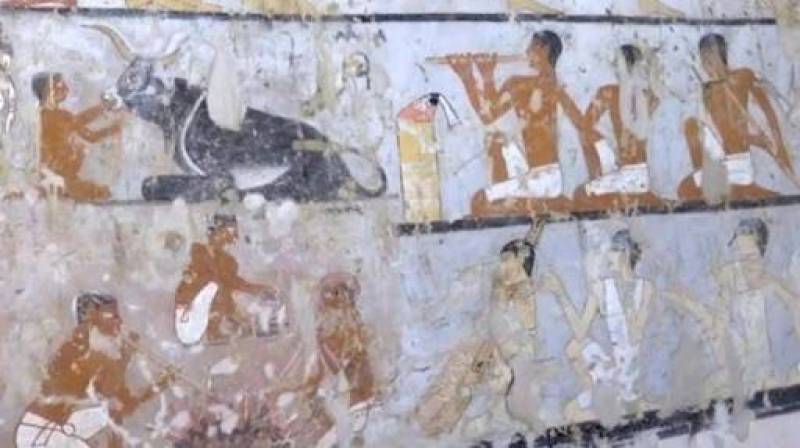 Egypt: Minister of antiquities Khaled El-Enany during a press conference at the tomb in Giza’s western cemetery unveiled the details of this discovery. The tomb was discovered in October 2017 and that’s when they started to dig deep to get as much information and history as possible.

4,400-year-old tomb discovered by archaeologists near the pyramids outside #Cairo, likely belongs to a high-ranking priestess known as Hetpet during the 5th Dynasty of ancient #Egypt pic.twitter.com/NlYdAglAf3

Archeologists believe that the tomb belongs to a high-ranking powerful female Hetpet. She lived in the 5th dynasty, and also is believed to be a priest according to the Egyptian media.

Mostafa Al Waziri who led the archeological mission told CBC how Hetpet might also have another tomb in Giza western necropolis. That area is known to be the home of top officials , Egypt’s Old kingdom.

This tomb consists of old Egyptian paintings which gives us more insight of the 5th dynasty. It is an L shaped shrine which contains a purifying basin including a rectangular area surrounded with incense holders for making offerings. However there is a missing statue which is supposed to be the owner of the tomb.

"Scenes of reaping fruits, melting metals and the fabrication of leather and papyri boats as well as musical and dancing performances are also shown on walls,”-  Waziri

He explained that there are paintings of monkeys which are particularly notable.

Egyptian archaeologists unveiled the tomb of an Old Kingdom priestess adorned with well-preserved
Antiquities Minister said the tomb on the Giza plateau was built for Hetpet, a priestess to Hathor, the goddess of fertility, who assisted women in childbirth pic.twitter.com/PK3MRm2MUy

This has not only unlocked a whole world of new learnings and information of civilizations but it will also be a great attraction for tourists from around the world. Egypt is facing serious tourism downfall but discoveries like this and more can gain tourism which will generate revenue. However the archeologists are given very few funds to carry out the procedures and steps which can lead to massive discoveries.