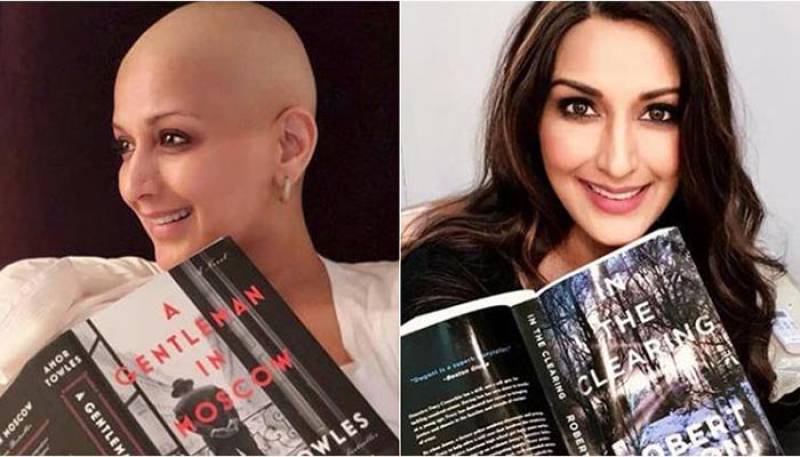 MUMBAI - Sonali Bendre has entertained us on-screen as well as off-screen for many years. Her beautiful smile and eyes have left many swooning. Since July, Sonali Bendre has been in the news after she disclosed the news of battling with cancer at stage 4.

People have kept a close eye on the actress’ health after her cancer posts appeared on social media.

She kept updating her fans and followers with her latest news and talked about  how she managed to defeat high-grade cancer for the past few months on her social media handles.

On Sunday (yesterday) Bendre posted a photo and video that showed her returning to work ‘after a major sabbatical’. Taking to Instagram, Sonali wrote, “Being back on a set after a major sabbatical – one that has been testing in many ways on so many levels – is a surreal feeling. After all this, I sort of feel an additional sense of purpose and meaning and I’m so grateful to be back in action.”

She continued in her Instagram caption, “I don’t think words would do justice to how beautiful it feels to be back at work…to face the camera again and portray the range of emotions required. Given that my emotions have been running high for the last couple of months, it feels good to give into the emotions that the job requires. It’s just the kind of day that helps me #SwitchOnTheSunshine #OneDayAtATime.”

NEW YORK - Bollywood actress Sonali Bendre bravely broke the news of her suffering from high-grade cancer and it left ...

Sonali returned to India after several months in New York City in December. During her time in NYC, she’d kept her fans updated about her health with regular posts. Some of them were personal confessions about her conflicted emotions, while others were about the support she received from husband Goldie Behl, son Ranveer, and her friends.

MUMBAI - Sonali Bendre has entertained us on-screen as well as off-screen for many years. Her beautiful smile and eyes ...

Sonali has also been sharing pictures of her many Bollywood friends who’ve paid her a visit in New York, including Sussanne Khan, Priyanka Chopra, and others.