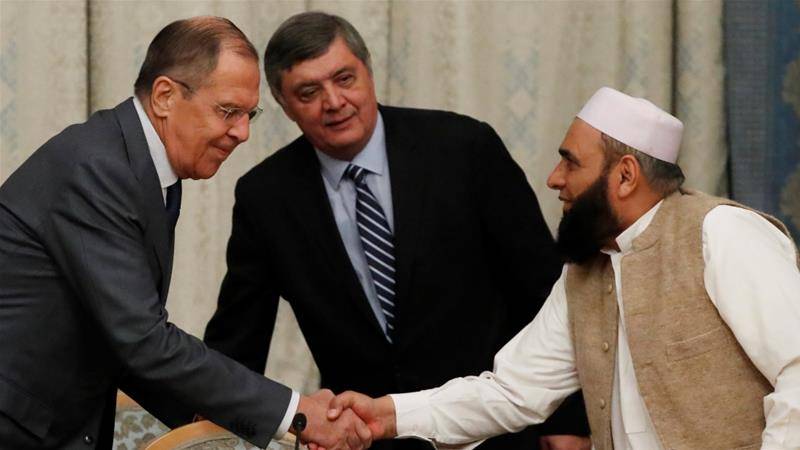 KABUL - The Taliban and Afghan political opponents to President Ashraf Ghani are set to meet in Russia this week, just days after the insurgents held peace talks with the United States that excluded the Afghan government.

The Taliban, on Sunday, said they would send a delegation to Russia for the two-day sit-down in Moscow, which will start on Tuesday and will be attended by some of the chief political rivals of Ghani.

After exclusion from the talks held between the Taliban and the United States in Doha last month that sealed the outlines of a peace deal, Ghani has appealed to the Taliban to talk.

"I call on the Taliban to... show their Afghan will, and accept Afghans' demand for peace, and enter serious talks with the Afghan government," Ghani said in a televised address from the presidential palace in Kabul last week.

The Taliban, who refuse to recognize Ghani's government and call it a "puppet of US", will instead sit down with opponents of the Afghan government in Moscow to discuss the country's future. This progress has stirred a lot of frustration in Kabul.

“It shows the peak of depression and begging to terrorists,” said Amrullah Saleh, a former national security adviser who is running against Ghani in presidential elections set for July. “A smile to the enemy is a blow to the national spirit,” he posted on his Facebook page on Sunday.

Among those who have confirmed their attendance in Moscow is Haneef Atmar, who is running against Ghani in the presidential elections, former warlord Atta Muhammad Noor and former Afghan president Hamid Karzai — both Ghani rivals — are also attending.

Noor on Sunday said the meeting was “a pathway towards strengthening the peace efforts led by the US” while Atmar described it as “an important step towards intra-Afghan peace talks” in a tweet.

1/2 I alongside few prominent #Afghan leaders will be attending the intra-Afghan dialogue in Moscow which we firmly believe will be a pathway towards strengthening of the peace efforts led by the US and facilitated by other countries involved in the issue.

The country's High Peace Council which is not officially part of the government, but is tasked with Taliban engagement said on Saturday it was not invited to Moscow.

A senior Taliban official said they would send a delegation, but described the meeting as non-political and “arranged by some organisations based in Moscow”.

The Russian Embassy in Kabul issued a statement late on Saturday on behalf of the “Afghan Society of Russia”. The group said it had invited “influential figures” to the dialogue in the President Hotel in Moscow. “We are ready to play our role in bringing peace to Afghanistan,” the statement read.