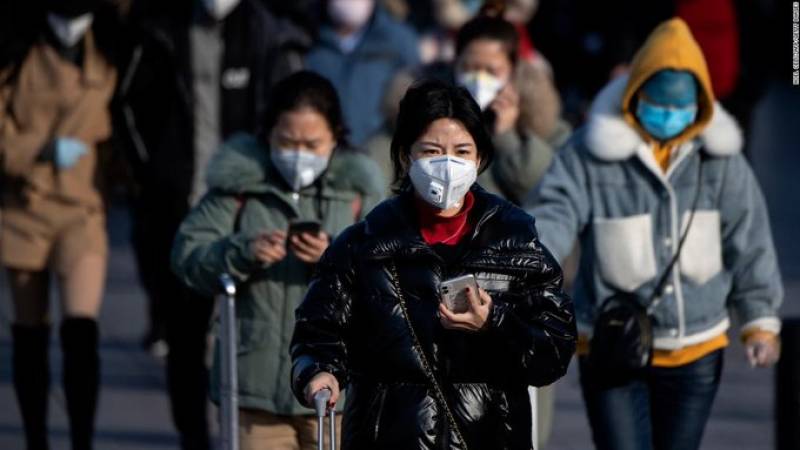 BEIJING – China on Tuesday called for united global efforts to combat novel coronavirus outbreak and urged all the countries to assess the epidemic situation in an objective, fair, calm and rational manner.

“As you may know, the World Health Organization (WHO) has made it clear that it does not recommend

She said that the Chinese government was making all-out efforts to combat the epidemic, releasing information in an open, transparent and responsible manner, and taking the most comprehensive and rigorous prevention and control measures.

“All this has been fully recognized and highly appreciated by the international community,” she added.

The spokesperson said that China understood that some countries had taken appropriate measures to prevent and control the spread of the epidemic, but hoped that all countries could assess the epidemic situation in an objective, fair, calm and rational manner, understand and support China’s epidemic control efforts.

“The measures they take, should be in line with WHO recommendations, rather than exceed reasonable levels, and should not affect normal personnel exchanges and practical cooperation in various fields,” she added.

According to the latest update released by China National Health Commission, there were 20,471confirmed cases of coronavirus in China while 159 persons tested positive abroad.

So far, 426 people have died in China mostly in Wuhan, the epicenter of new coronavirus while one person has reportedly died in the Philippines. Around 632 recovered from the disease.

The health experts have warned of the risk of re-infection for the recovered people while human-to-human transmission of the virus has been confirmed.

The Chinese government has activated level-1 emergency response in its 31 provinces, autonomous regions and municipalities.

A pneumonia outbreak was first reported in the city of Wuhan, central China’s Hubei Province in December. Experts have attributed the outbreak to a novel coronavirus that has since spread across China and abroad.