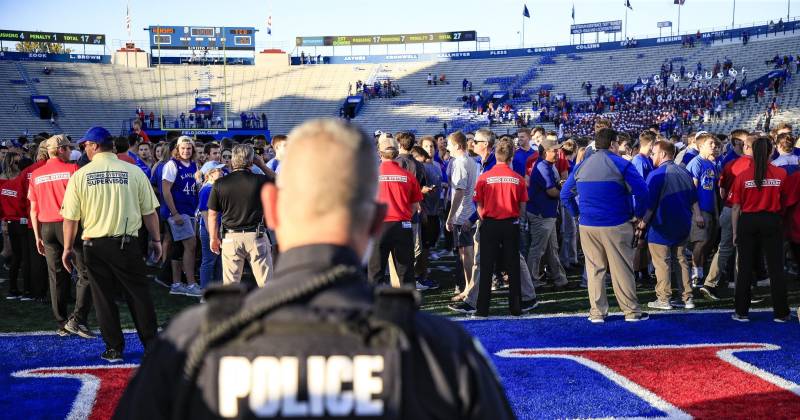 The programme will create guidelines for international cooperation between organizations involved in the security of sports events, facilitate the exchange of information and good practices, and develop related public-private partnerships.

It will also have a focus on using sport and its values as a tool to prevent extremism among young people.

A two-day expert meeting on security cooperation is now taking place. It will be followed by a meeting focusing on youth in April.

“Sport pushes people to be better, to aim higher and further. It promotes tolerance and gender equality. It strengthens communities, builds resilience and channels natural competitive instincts in a harmonious way”, Vladimir Voronkov, head of the UN Office of Counter-Terrorism (UNOCT), said.

“Sport is a fundamental and true human value: a strong vaccine against any kind

of criminal disease,” he said.

“We have a moral obligation to protect and promote sport.”

Despite being a unifying force, sporting events have been marred by deadly terrorist attacks. The 1972 and 1996 Olympic Games, and, more recently, marathons in Sri Lanka and the United States, are some of the tragic examples.

The global programme will develop guidelines to enhance international cooperation, and public-private partnerships, to make sporting events safer for athletes and the public. The launch will be followed by a two-day expert meeting. Another meeting focusing on youth will be held in April.

“Through our joint programme, we will focus on the exchange of information and best practices, and on sharing resources and facilitating partnerships.”

It is essential to advance the consolidation of sport in development and peace strategies, according to the official at the helm of a UN platform which fosters intercultural dialogue, understanding and cooperation.

“It is also a universal language that both, fans and players understand. So, let’s all capitalize on the full potential of sport , with youth in its heart, as a driver for peace and social change .”

Qatar, host of the 2022 FIFA World Cup, is a key supporter of the initiative, alongside China and South Korea.

The country and the UN counter-terrorism office signed an agreement last year to establish the world’s first hub for studying the behavioural roots of violent extremism conducive to terrorism.

Qatar is taking measures at the local and global level to ensure security at ‘the region’s first sporting mega event’, according to the Secretary-Genera of the World Cup preparatory committee.

“We are working hand-in-hand with our allies and partners around the world on exchanging best practice, information sharing, personnel sharing, and in assisting in maintaining the security of Qatar ahead of and during 2022”, Hassan al-Thawadi said in a video message.