Here's the traffic plan for PAKvBAN Test match in Rawalpindi 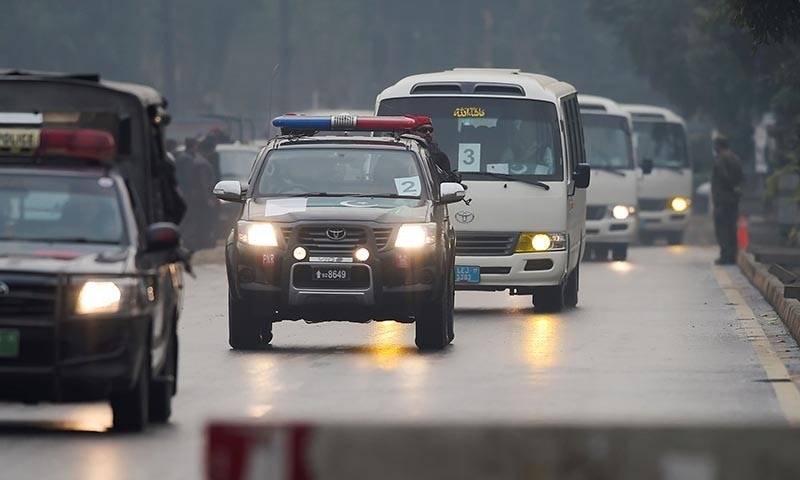 RAWALPINDI – City Traffic Police Rawalpindi on the special directives of City Police Officer, Rawalpindi, DIG, Ahsan Younas on Tuesday issued traffic plan for cricket test match scheduled to be played between Pakistan and Bangladesh at the Rawalpindi Cricket Stadium, from February 7 to 11.

The City Traffic Officer (CTO) has urged the road users to cooperate with the police personnel performing duties during the match.

According to the plan, the Double Road will remain closed for the traffic from morning to evening from February 5 to 11.

The traffic coming from Rawal Dam, Islamabad towards Rawalpindi would be diverted to Expressway from February 6 to 11, the CTO said.

The traffic could enter Rawalpindi via Dhoke Kala Khan, Khanna and Korali. The traffic from Rawalpindi to Islamabad would take U-turn in front of the Kidney Centre and use opposite side to enter Islamabad.

The traffic coming from IJP Road and 9th Avenue Chowk towards Rawalpindi would take Pindora Chungi Katarian, Carriage Factory, Pir Wadhai route to enter Rawalpindi instead of the Double Road.

The CTO said that heavy traffic would be strictly banned in the area around the stadium and urged the cricket lovers to park their vehicles on designated points to avoid any inconvenience.

Meanwhile, the senior police officers reviewed security and allied arrangements for the upcoming cricket test match between Pakistan and Bangladesh.

The administration has finalized foolproof security arrangements for the upcoming cricket test match.

The CPO said that leniency would not be tolerated in that regard.