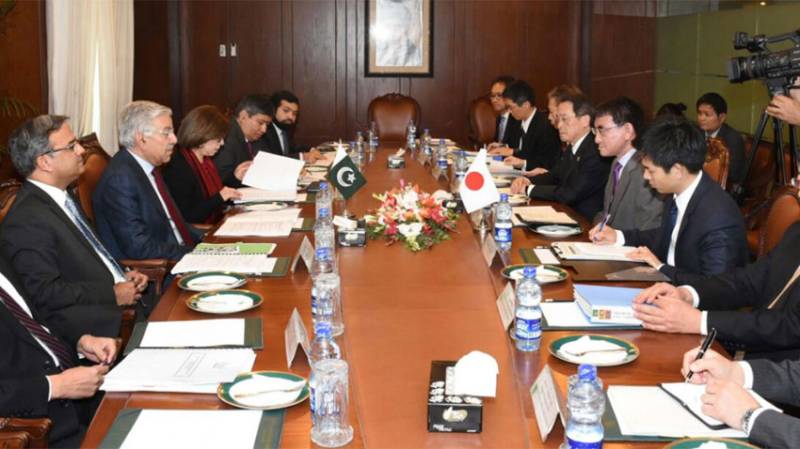 The Japanese Foreign Minister stressed the need for a coordinated international effort in the fight against extremism and terrorism.

On the occasion, Foreign Minister Khawaja Asif reiterated Pakistan's commitment to a peaceful, stable and secure Afghanistan and support for an Afghan-led and an Afghan-owned reconciliation process.

He underscored the need for sustained commitment from the International community during the transformation phase in Afghanistan and agreed to continue working closely in this regard.

He also briefed the Japanese Foreign Minister on Pakistan's counter-terrorism efforts that are targeting all terrorists, irrespective of their origin or orientation.