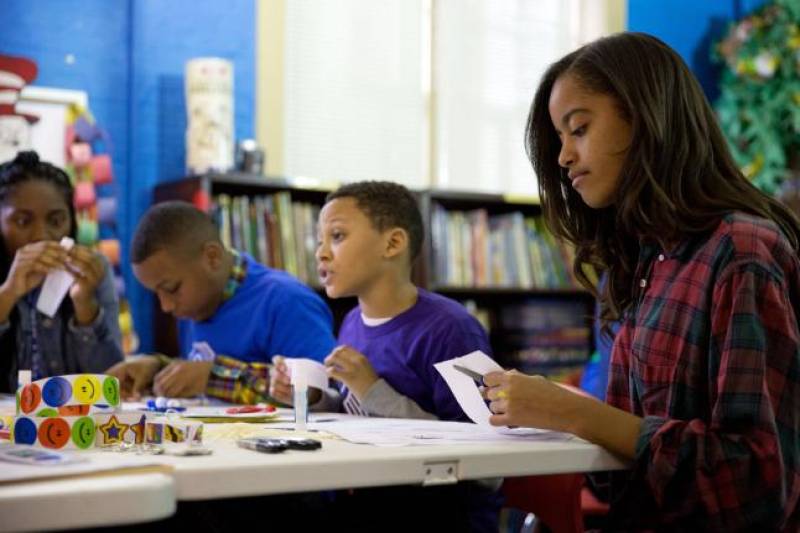 NEW YORK (Web Desk) - Malia Obama, the daughter of U.S. President Barack Obama, was spotted on the set of the HBO comedy series Girls this week.

Malia, who will turn 17 Saturday was seen Thursday, drinking a soft drink while hanging out at a shooting location in Williamsburg, Brooklyn, UPI reported.

The teen spent about three hours on the set as scenes were taped at the Aurora Ristorante on Grand Street. Details were not available regarding whether Malia was working on the show or would appear in an episode.