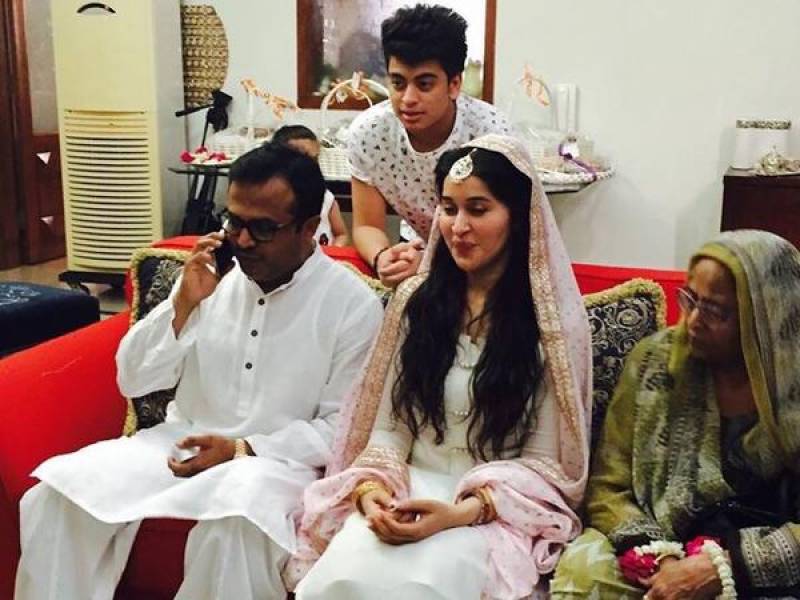 KARACHI (Web Desk) - Former morning show host Shaista Lodhi has wedded again. While more details are still awaited, a photo of the newly-wed couple has surfaced on Twitter which shows a jubilant Shaista and her son posing as her husband speaks on the phone.

Earlier on June 30, Shaista tweeted a picture with an ayat from the Holy Quran.

In the tweet only the bride and groom exchanging rings were seen thus the identity of the groom was unknown. A recent tweet from a fan however showed the complete picture, literally.

So this was the secret. Congrats Shaista. pic.twitter.com/JTZJNFRQiY — Madiha Shah (@MadihaModi) July 3, 2015

The newly wed bride divorced her last husband in 2012 with whom she has three children.

Shaista quit television a little while ago but according to media reports she is making a comeback soon!