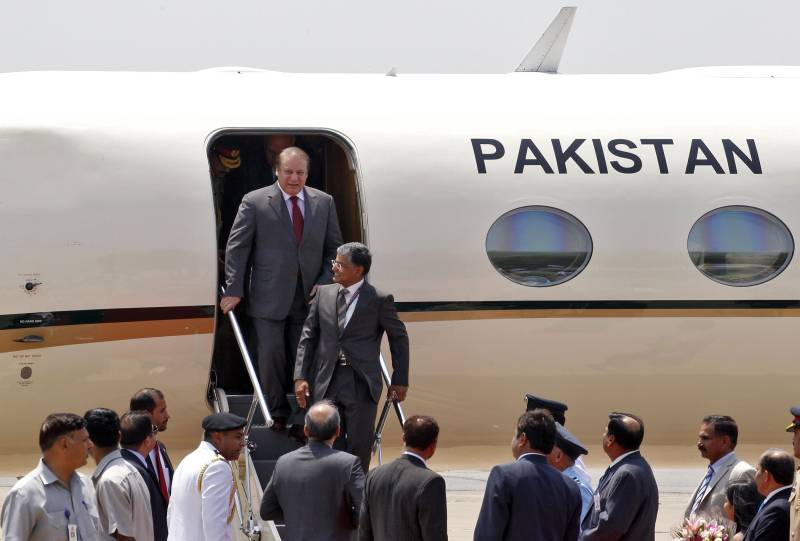 LAHORE (Ali Zain) - It has been over a month and a half since Prime Minister Nawaz Sharif left for London for medical treatment and his doctors have advised him to avoid travel for a speedy recovery. He is set to undergo a medical check-up this week, during which doctors are expected to issue a new travel advisory.

Some sources say that the prime minister will leave for Pakistan on July 10, while others are of the opinion that it is still too early to discuss a date. They say that although Prime Minister Nawaz Sharif and the top leadership of PML-N are considering his return in the week after Eid-ul-Fitr, but the exact date of his return depends on the doctors' advice and other circumstances.

Whenever the premier returns home, he will have to attend to these five things immediately:

Pakistan Tehreek-e-Insaf has been a critic of Pakistan Muslim League-Nawaz government since 2013. But currently the Pakistan People's Party (PPP), which had aligned with PML-N against PTI's 2014 sit-in in Islamabad, has also sided with PTI against the ruling party. And this is a matter to be worried about.

Bilawal Bhutto Zardari has even demanded Prime Minister Nawaz Sharif's resignation, and Asif Zardari has also categorically backed his son on this demand.

The news of a forward block within the ranks of PML-N is also worrisome. The members of the forward block held a meeting with Maryam Nawaz Sharif and Senator Ishaq Dar also invited them to an Iftar dinner. Still, the majority of the angered PML-N lawmakers avoided these meetings.

In such a situation, any nexus among PTI, PPP and PML-N's forward block can create serious political problems for the Prime Minister. Therefore, countering this possibility will be the PM's most important task upon return.

All four seats of members of Election Commission of Pakistan (ECP) lie vacant these days and they must be filled for the institution to continue functioning. The Opposition Leader Khursheed Shah and Prime Minister Nawaz Sharif have to make the appointments in consultation with each other. The prime minister will have to engage the opposition political parties in talks on this matter, right after his return.

Selection of a New Army Chief:

Another crucial job which awaits Prime Minister Nawaz Sharif in Pakistan is the appointment of a new Chief of Army Staff to replace General Raheel Sharif, who has already announced that he doesn't believe in any extension in his service.

Though the appointment will be effective by the end of November this year, the process to select a new military commander has to be initiated now. The process of selection of a new army chief also includes interviews with top generals eligible to be given the role.

Set up a Commission on Panama Papers:

This is a long-awaited job to be done by Prime Minister Nawaz Sharif. Though he had written a letter to the Chief Justice of Pakistan for this purpose, the letter was returned with several objections. A joint committee of government and opposition was then formed to frame Terms of Reference (ToRs) for the proposed commission.

The committee, unfortunately, has so far failed to reach an agreement on the ToRs for the proposed commission. If delayed any further, the Panama Papers could form the basis of a powerful anti-government movement.

Pakistani and Afghan forces exchanged fire on the border for three days over a dispute on the construction of a border crossing during Nawaz Sharif's absence. Now, although both sides are silent on this matter, a lot yet remains to be done.

The Pakistani military is currently busy digging deep trenches along the Afghan border - which may irk Kabul any time.

Meanwhile, the statement of Mehmood Khan Achakzai, who is an ally of Nawaz Sharif government, in which he said "Khyber Pakhtunkhwa belongs to Afghans" is another affair linked to this matter.

So, upon Prime Minister Nawaz Sharif's return, if the matter goes unattended it might lead to problems for the government (just recall the anti-military statement of PML-N leader Senator Mashahadullah Khan which resulted in his resignation from a federal ministry last year).