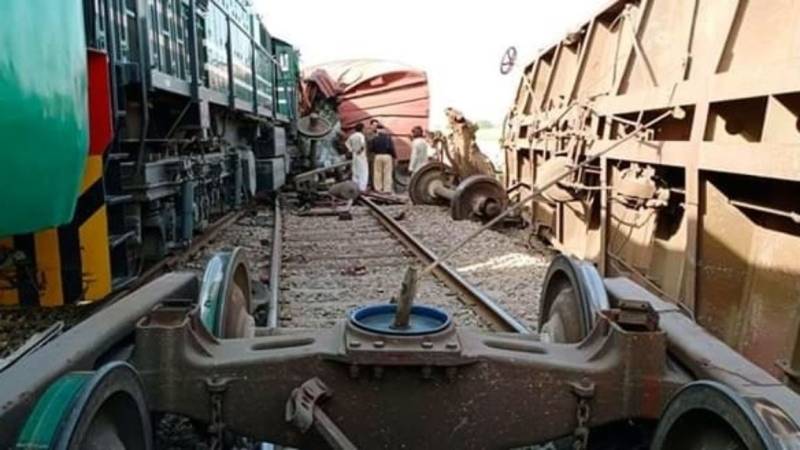 According to a spokesman for Pakistan Railways, the driver and assistant driver of the train sustained minor injuries.

He said relief trains were dispatched from Samma Satta and Rohri to the site.

On Friday, 22 Sikh yatrees were killed as Lahore bound 43-Up Shah Hussain Express hit a coaster at an unmanned level crossing between Bahalike and Farooqabad railway station.

Minister for Railways Sheikh Rashid Ahmad has said that negligence of the coaster driver is the cause of the train accident near Farooqabad Sheikhpura in which 22 people were expired.

Addressing a news conference in Lahore today (Saturday), he said that the coaster driver tried to cross the railway track from an unmanned level crossing avoiding a gate crossing which was closed due to the train arrival.