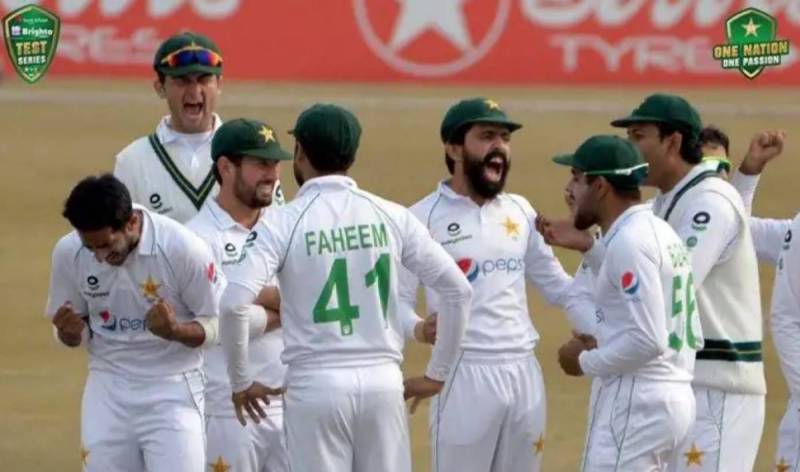 DUBAI – Men in Green have improved their position on the ICC World Test Championship 2021-2023 points table after Kangaroos outclassed Lankan tigers by 10 wickets in the first Test of two-match series.

The Babar-led squad placed a rank below archrival India, having lost the home series against Australia. So far, the Pakistani squad has won three Tests out of the seven and has 52.38 (PCT) with two losses to their name and an equal number of draws.

The Pakistani squad is set to tour Sri Lanka for a two-match Test series in August this year. Team Green will also face off against England and New Zealand this year. 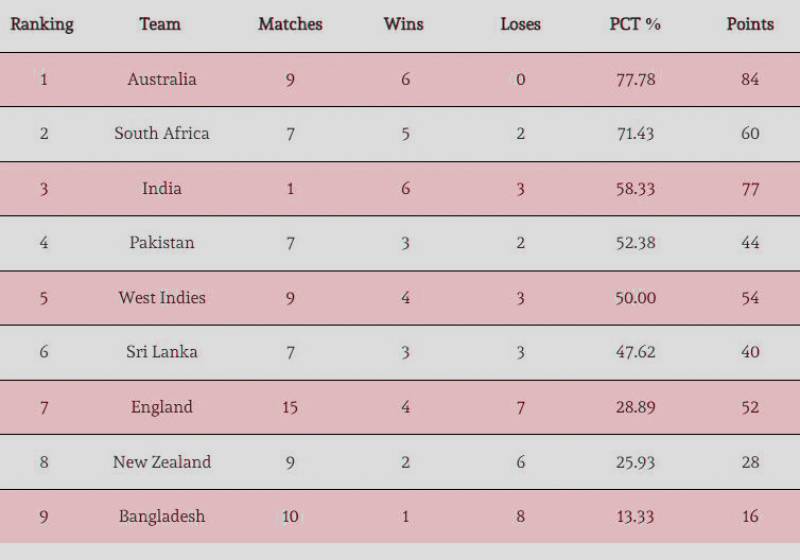 Team Australia maintained the top spot while Proteas follow the Aussies at the second spot with 60 points. India is on number three while the position of the other squads remained the same.

Defending champions New Zealand has slipped to the eighth position in the table with a win percentage of 25.93 in nine games with only two wins. England has improved their rankings but still lagging at seventh position with four wins and seven losses.

DUBAI – Pakistan secured place in top five teams in all three formats of cricket as the International Cricket ...

Windies placed six with four wins, three losses, and two draws as they defeated Bangladesh in the two-match Test series 2-0.