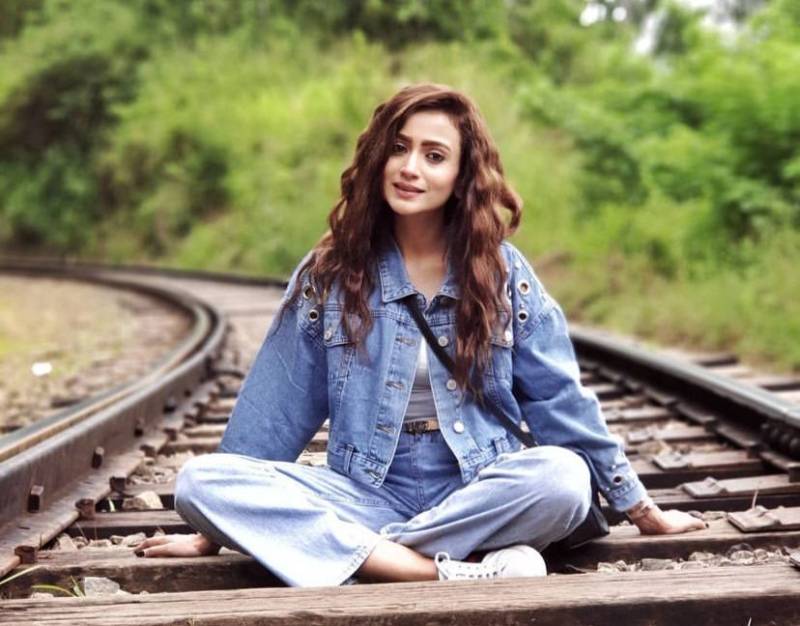 Lollywood diva Zarnish Khan has cemented her position in the television industry with her impeccable acting skills and graceful personality.

Contrary to her on-screen persona, the 27-year-old is a fashionista in real life and has amassed a loyal fan following in a short span of time.

This time around, the Ishq Zahenaseeb star was spotted indulging in fun attics in a viral behind the scene video. The aforementioned video shows Zanrish passing time with a fun round of Yassu Panju during breaks between takes.

On the work front, Zarnish Khan has been praised for her performance in the drama serial Aitebaar co-starring Ali Safina and Syed Jibran.

Lollywood diva Zarnish Khan has jumped on the bandwagon to show her admiration for Bollywood iconic character Geet, ...