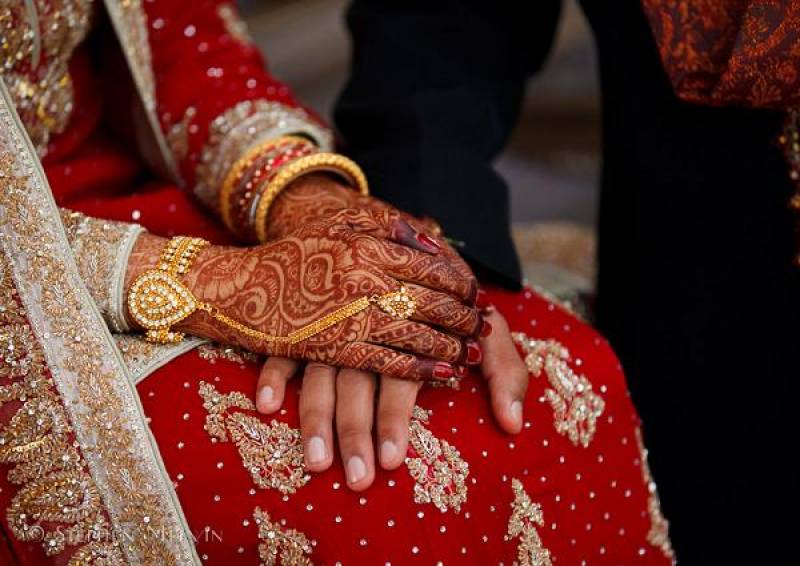 MIANWALI - A 28-year-old lady has deprived as many as 16 of her husbands of their valuables after tying the knot with them in a clandestine manner.

According to a report by Daily Khabrain, Shehnaz, who is based in Miana Wala area of Isakhel has started a business-type scam in which she, along with her father, Gul Zaman trap the locals in wedlock and then disappears after taking their cash, jewellery and other valuable goods.

The mysterious 'relationship scam' was also confirmed by Mehboob Khan of Tunderkhel who revealed that the lady in question utilizes a simple procedure to gather 'clients' before leaving them.

"Through a third-party, Gul Zaman looks for people of age older than her daughter and communicates a message that they can mary Shehnaz," disclosed Mehboob.

He added that when the husband-to-be visits the home of the lady, they finalize the relationship without any hassle and delay and also mention a handsome amount and jewellery on the contract, to be paid by the husband.

"Initially, the relationship goes well, however, the lady creates conflicting issues deliberately to get back to her paternal home along with the valuables and cash," said Mehboob who is also one of the victims.

The local also named the other victims: Ghulam Mohyud Din, Ameer Muhammad alias Kalli Ustad, Zabar Nawaz, Noor Muhammad, Liaquat Ali and others who are based in areas close to Isa Khel.

The victim also claimed that the lady and her real father had also roped in a lawyer who fights legal battles in courts to shield the polyandry.

Mehboob Khan further claimed that when he got married to Shehnaz, she was expecting; he also showed the ultrasound reports to newsmen to support his claims and contended that such practices are in flagrant contradiction with Islamic injunctions.

He pleaded the Chief Justice of Pakistan, Mian Saqib Nisar, DIG Police Punjab, and DPO Minawali to take stern action against the accused and launch a comprehensive inquiry so that the victims can be compensated.