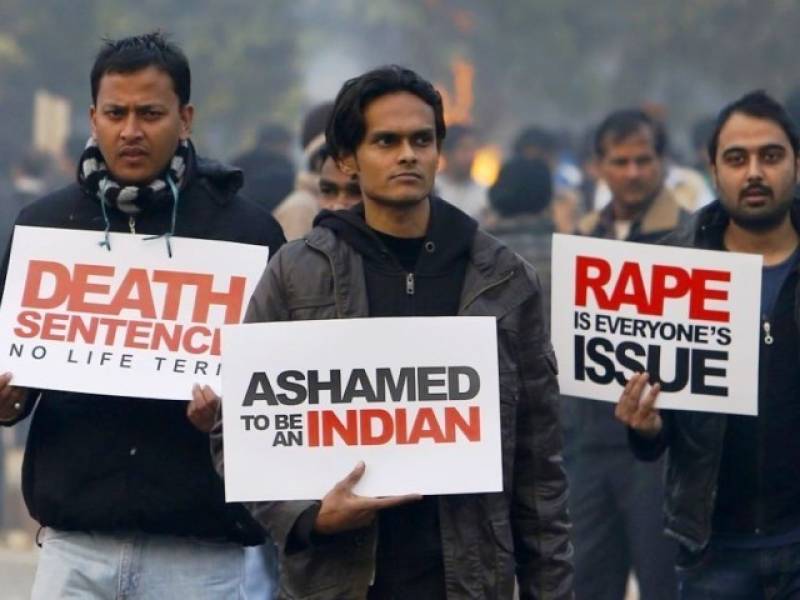 NEW DELHI (Web Desk/Agencies) - An Indian court has banned the country's media from broadcasting a documentary in which one of the men who gang-raped and murdered a New Delhi student is shown blaming the victim, police said Wednesday.

Do you approve of India's ban on the BBC documentary featuring the rapist's interview?

“We have only seen the promotional parts of the film. Based on that we took the matter to court because we felt that it will cause likely apprehension of public disorder,” Bhagat told AFP. “It shows a very objectionable interview with the convicted rapist”

Mukesh Singh, one of five men convicted over the 2012 attack in New Delhi, told British film-maker Leslee Udwin from his prison cell that the murdered student should not have been out at night, and blamed her for fighting back against her attackers.

Udwin, an award-winning British film-maker, said she was heart-broken by the ban on the documentary, in which Singh said the victim should not have been “roam(ing) around at 9 o'clock at night” and that “a girl is far more responsible for rape than a boy”.

“My heart is broken with this court order,” she told AFP by telephone. “The more they try to stop the film, the more they are going to pique people's interest. Now, everyone is going to want to see it. “

“India's Daughter” was due to be televised in seven countries, including India and Britain on Sunday, International Women's Day.

Udwin said earlier she had permission from both prison authorities and the home ministry to film inside the vast Tihar jail in Delhi for her documentary, which charts the aftermath of the fatal gang-rape.

The 23-year-old physiotherapy student, who cannot be named, died from her injuries 13 days after she was savagely attacked on a moving bus while on her way home from the cinema with a male friend on December 16, 2012.

The incident caused global outrage and triggered huge protests in India, highlighting the frightening level of violence against women in the world's second most populous country.

It also led to a major reform of India's rape laws, speeding up trials and increasing penalties.