Woman set on fire 'by husband' in Kasur 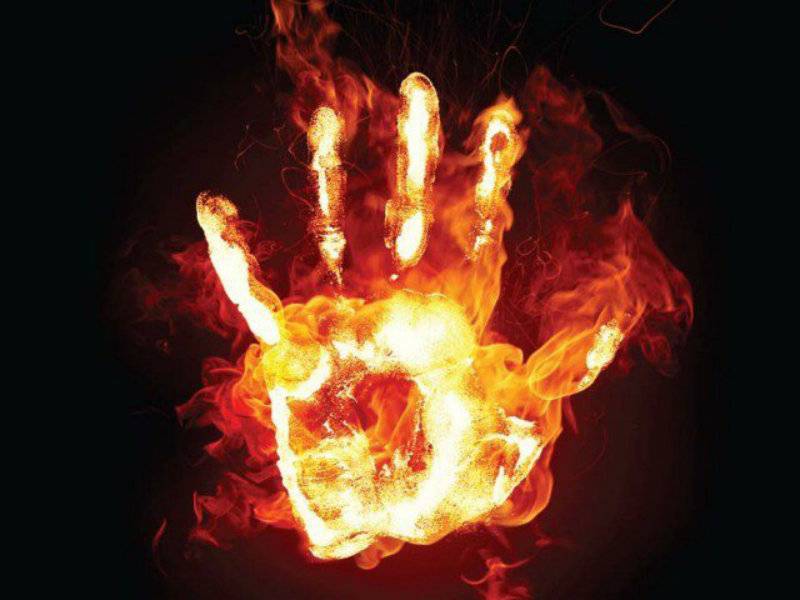 KASUR (Web Desk) - A woman has been set on fire allegedly by her husband and his two brothers in the Headblue area of Kasur after she refused to have a bun in the oven.

The incident comes after just over a week the Punjab government adopted Women Protection Act that is aimed at safeguarding the rights of women in Pakistan’s most populous province.

Ashfaq, the brother of the victim, Wajida, lodged a complaint with the police that Nasir along with his brothers Talib and Ghazala threw petrol on his sister and set her on fire after she refused to have a child.

The injured was shifted to the Jinnah Hospital Lahore, where doctors said that her condition was critical as the victim had sustained 80 per cent burn wounds to her body, Online reported.

According to the police, Nasir and Wajida tied the knot four year ago. The police have arrested victim’s father-in-law Yousuf, while her husband and his brothers fled home.

The police have registered a case and launched the investigation.